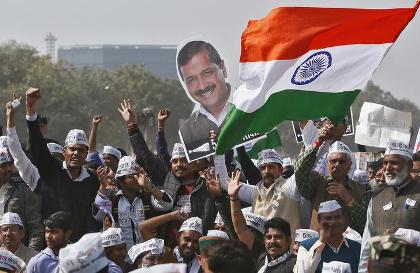 The protest march will take place from Jantar Mantar to the Parliament.

TheÂ BJP, which has been defending Sushma Swaraj despite opposition demands that she be sacked for helping Lalit Modi, has been hit with another worry when the former IPL boss claimed that Raje secretly supported his immigration plea in Britain.

The opposition mounted pressure onÂ RajeÂ after the emergence of a letter reportedly carrying her signature, in which she backs Lalit Modi’s application in the UK.

Meanwhile, a Delhi court agreed to hear a complaint against Union HRD Minister Smriti Irani over her educational qualifications.Â

Meanwhile, NSUI workers will take out a protest outside Irani’s residence.

A Delhi trial court has fixed August 28 as the next date for recording pre-summoning evidence in the complaint filed against Irani.Â