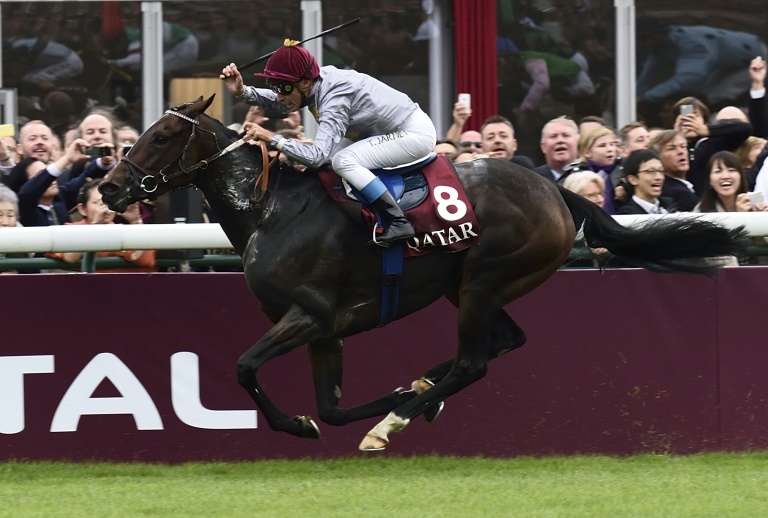 And she suggested she will once again be the horse to beat in October with a smooth rather than spectacular defeat of Flintshire at Saint-Cloud.

Head-Maarek told The Racing Post: “I was never worried. She was a little on her toes before the race but Thierry rode her beautifully. I’m delighted as Flintshire is a very good horse. It’s just a dream.”

Down the straight Flintshire looked a real danger, with Treve taking time to get into her stride.

But under Thierry Jarnet she gradually reeled in Andre Fabre’s classy colt, who’d come second to her in last season’s Arc, inside the final furlong to win cosily by one-and-a-quarter lengths, with the Aga Khan’s Dolniya in third.

Runner-up to his stablemate Golden Horn at Epsom, Jack Hobbs ran out the stylish winner to press home his claims on the Arc.

Gosden revealed his Godolphin-owned colt will have his Arc prep in the Prix Niel in September.

Golden Horn meanwhile is the star turn at Sandown in next week’s Eclipse Stakes.

Bookmakers were impressed with Treve’s performance, cutting her odds for the Longchamp showpiece to a best-priced 5-2 favourite.

Golden Horn is next best in the ante-post lists at 5-1 with Jack Hobbs generally available at 7-1 ahead of Fabre’s French Derby victor New Bay at 10-1.