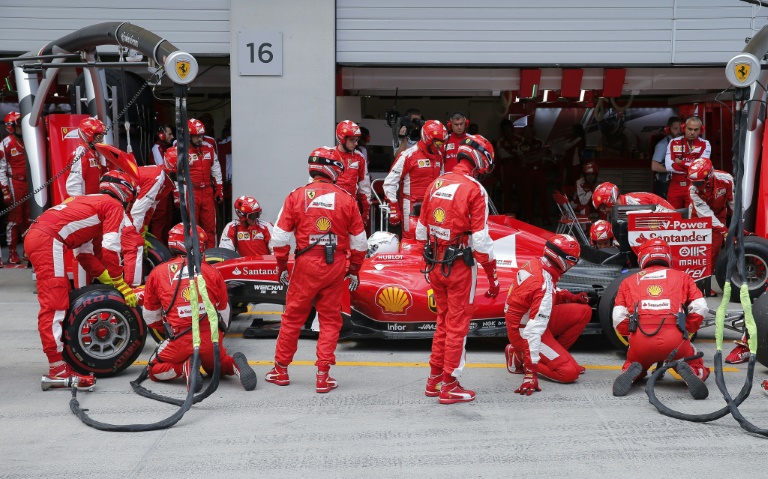 British-based satellite broadcaster Sky is mulling over a Â£4.5 billion ($6.8 billion, 6.06 billion euros) bid to take a controlling stake in Formula One, potentially trumping a Qatari-backed consortium’s plan to seize control of the sport, the Sunday Times reported.

Wednesday saw the Financial Times report that the owner of the Miami Dolphins NFL team was to join up with Qatar in a bid to take over Formula One.

However, the Sunday Times citing City of London “sources” said the RSE-Qatari team was just one of several buyers in contact with CVC.

The newspaper said Sky and Liberty Global, the cable conglomerate set up by the American billionaire John Malone which is the broadcaster’s potential partner in any bid for Formula One, had held informal talks with CVC.

The Canadian fashion tycoon Lawrence Stroll, who helped to build the Tommy Hilfiger and Michael Kors brands, has also been linked with a bid.

CVC owns a 35.5 percent stake in F1 but controls the sport because its shares have special voting rights.

The private equity giant first bought into the sport in 2006, paying Â£1.2bn to take control from a group of shareholders, including F1 chief executive Bernie Ecclestone — who remains a key figure in the sport — and the banks JP Morgan, Lehman Brothers and Bayerische Landesbank.

Formula One is viewed as one of the most valuable prizes in global broadcasting.

The Sunday Times said Pay-TV companies were paying ever-larger sums to secure live sports rights, in an attempt to prevent subscribers defecting to online rivals such as Netflix.

Sky regards Formula One as an increasingly important part of its sports coverage, especially in Britain where rival a broadcaster has loosened its grip on top-flight Premier League and European football.

However, Grand Prix team chiefs have warned that the sport is close to a crisis as grandstand seats remain increasingly unoccupied and television-viewing figures fall, with races increasingly dominated by a handful of drivers.