‘Sanskrit should be propagated to purify minds of people’ | Newsmobile
Saturday, July 2, 2022

Home Politics ‘Sanskrit should be propagated to purify minds of people’ 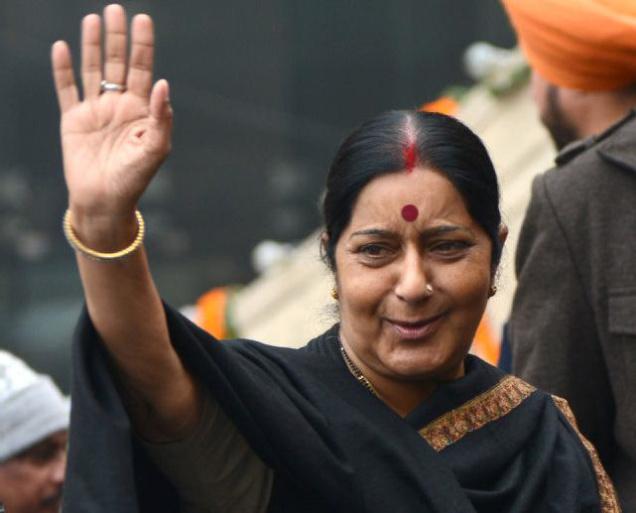 Bangkok: Sanskrit scholars from 60 countries began a five-day conference in Bangkok today with an inaugural speech by External Affairs Minister Sushma Swaraj who suggested that Sanskrit should be propagated so that “it purifies the minds of the people and thus sanctifies the whole world.”

Speaking entirely in Sanskrit to over 600 Sanskrit experts, Ms Swaraj called it a “modern and universal” language and said its tradition is comparable to the river Ganga.

“The Ganga remains sacred from Gomukh, its source, to Ganga sagar where it enters the ocean. It sanctifies the tributaries, which attain the very nature of Ganga. Similar is Sanskrit; sacred by itself, it sanctifies all that come into its contact.

“Therefore, Sanskrit should be propagated so that it purifies the minds of the people and thus sanctifies the whole world. You Sanskritists do bathe in the sacred Sanskrit Ganga and are blessed,” she told the gathering.

Addressing the inaugural session of 16th World Sanskrit Conference in Bangkok as the Chief Guest, Ms Swaraj also announced that a post of Joint Secretary for Sanskrit has been created in the Ministry of External Affairs.

“In the present days you are aware that scientists hold the view that Sanskrit can play an important role in developing software for language recognition, translations, cyber security and other fields of artificial intelligence,” Ms Swaraj said.

“Knowledge in Sanskrit will go a long way in finding solutions to the contemporary problems like global warming, unsustainable consumption, civilisational clash, poverty, terrorism etc,” she said, adding a new direction and vision is needed in the field of research in Sanskrit to accomplish this task.

Citing a Sanskrit shloka, she said that narrow minded people discriminate among people considering some as theirs and some as alien, while the broad minded consider the whole universe as theirs.

Noting that today’s need is a healthy amalgamation of the ancient and modern, a meeting of the best in orient and occident, she said, “our efforts are to be directed towards narrowing the gap between the study of Shastras and Science.”

This is for the time that a Union Minister of her seniority has attended the World Sanskrit conference outside the country and hence it indicates the importance that the NDA government attaches to the promotion of the ancient language.

HRD Minister Smriti Irani, whose ministry is partly funding the event, will attend its closing ceremony on July 2.

The World Sanskrit Conference, which was organised first in Delhi in 1972, has been held in different countries since then. It is held once after every three years.

Of the 250 Sanskrit scholars participating from India, around 30 were from the RSS affiliate body Sanskrit Bharati this time.