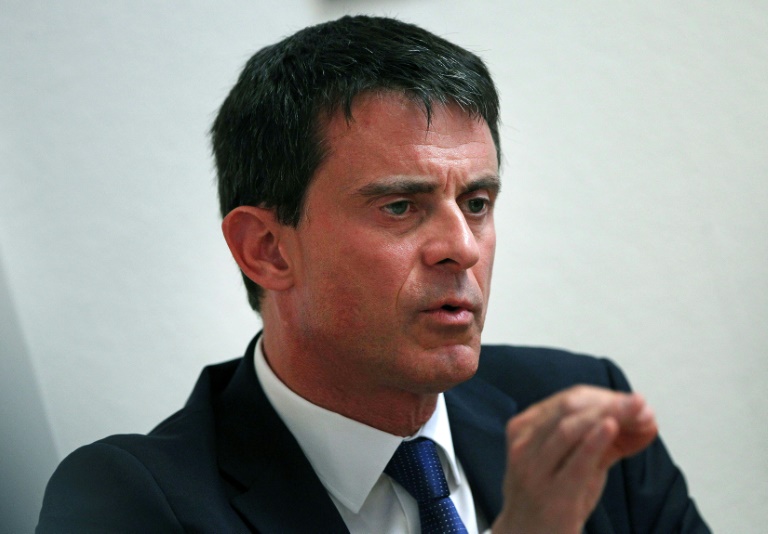 There is a “real risk” of Greece leaving the eurozone if the Greek people vote against the EU’s bailout proposals in a referendum, French Prime Minister Manuel Valls said Sunday.

However, Valls urged the Greek authorities to “come back to the negotiating table” after Athens broke off deadlocked talks on trying to rescue Greece’s debt-stricken economy.

Valls refused to attack the decision of the Greek government to call a referendum, saying: “When you ask the people to decide, to exercise their democratic right, this should not be criticised.

“It is obvious that if there is a negative response, there is a real risk … of leaving the eurozone,” Valls told rolling news channel iTELE.

“I continue to believe … that a deal is still possible and I invite the Greek government to return to the negotiating table,” the prime minister added.

“The European Central Bank is independent but … I don’t think they can cut off the lifeline (to the Greeks). It’s the Greek people who are suffering,” Valls stressed.

“There is always a risk in terms of the interest rates of a certain number of countries that are following developments in Greece with concern,” he acknowledged.

The consequences of what is happening in Greece could indeed spill over to other countries in the eurozone, he said.

Nevertheless, he said: “The consequences of a exit from the eurozone — on the economic and political front — are nothing like what we feared a few years ago during the first Greek crisis.

“But it’s the Greeks that will suffer the most from an exit from the eurozone.

“We will do everything we can to keep Greece in the eurozone,” pledged Valls.