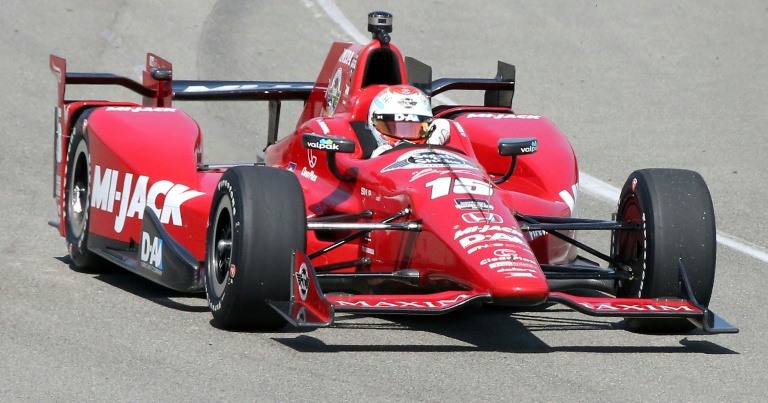 Graham Rahal ended a 125-race winless streak to claim the Fontana IndyCar event in a wild race that was marred by two serious accidents in the final laps.

“You don’t know how good this feels,” American Rahal said. “It has been so long coming.”

The worst accident took place just before the final lap when Ryan Briscoe and Ryan Hunter-Reay tangled on the frontstretch.

Briscoe’s car went airborne and flipped before landing nose first on the infield grass. Incredibly, neither Briscoe nor Hunter-Reay was injured.

“Someone has to take responsibility for the way this day panned out,” said Power, who was involved in another wreck eight laps earlier. “As exciting as it is, it’s insane.”

Power and Takuma Sato made contact and collided hard into the wall along the frontstretch while travelling at speeds of more than 300 kph. Power and Sato walked away from the crash uninjured. IndyCar officials displayed the red flag to halt the race.

“It was a crazy race I am just glad I am still in one piece,” said Helio Castroneves.

With IndyCar’s new aero kit for the Chevrolet and Hondas for oval races this season, there had been major concerns about pack racing in this event.

“I think it is a little too stupid,” said Montoya.