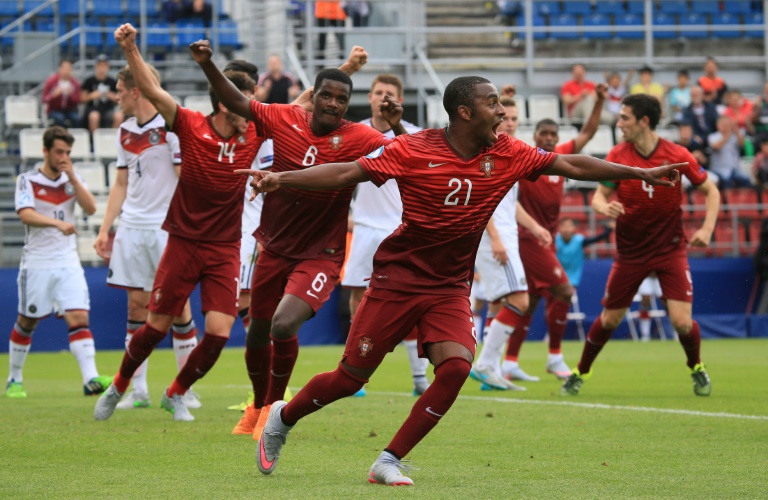 Portugal swept Germany and Sweden beat Denmark in the semi-finals of the European Under-21 Championship on Saturday to set up a final clash due on Tuesday.

Classy Portugal first humiliated Germany 5-0 in the eastern Czech city of Olomouc to reach their first final since 1994.

Sweden then eased past Denmark 4-1 in Prague to make it to their first final since 1992, when they won the tournament.

Portugal went 3-0 ahead of Germany in the first half with goals from Bernardo Silva, Ricardo Pereira and Ivan Cavaleiro, while Joao Mario and Ricardo Horta rounded off the scoring in the second half.

Monaco’s Silva got the opener on 25 minutes after a quick break into the box, beating Barcelona ‘keeper Marc-Andre ter Stegen in the German goal at his near post.

FC Porto striker Ricardo added another in the 33rd minute from close range after Paulo Oliveira helped on a corner.

Portugal’s third was a beauty as their attack dismantled the German defence and Cavaleiro slammed the ball into the top-left corner of Ter Stegen’s goal.

Joao Mario made it 4-0 just after the break with a deflected shot and substitute Horta finished the humiliation on 71 minutes, tipping in the ball from a cross.

German midfielder Leonardo Bittencourt got sent off for a second bookable offence just after Portugal’s fifth goal, and only 25 minutes after coming onto the pitch as a substitute.

In Prague, Sweden striker John Guidetti, who spent last season at Celtic, converted a penalty in the 23rd minute before setting up Simon Tibbling for a second three minutes later.

Denmark put the Swedes under pressure in the second half and Uffe Bech narrowed the lead on 63 minutes as the Swedish defence failed to clear the ball.

But their hopes were dashed seven minutes from time when Sweden’s substitute Robin Quaison, a Palermo midfielder, sprinted through the Danish defence, picked up the ball and beat ‘keeper Jakob Busk with a nutmeg.

Eindhoven midfielder Oscar Hiljemark made it 4-1 with a breakaway goal just before the final whistle.