Plug in your earphones this monsoon! | Newsmobile
Thursday, June 30, 2022

Home Music & Entertainment Plug in your earphones this monsoon! 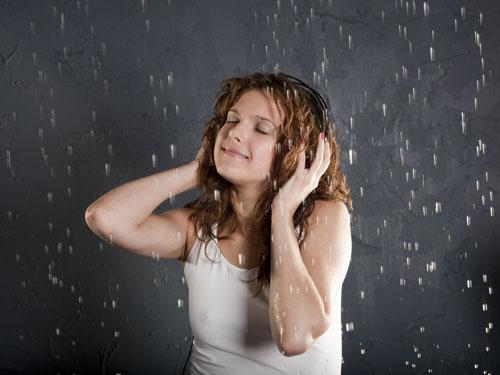 What is it about rain that inspires pop songwriters? Rain songs are some of the most memorable and intensely emotional of pop hits.

Be it Hollywood or Bollywood, rain songs have always been close to our heart.

NewsMobile jots down a few Hollywood rain songs for its readers.

With the single line, “I believe it’s rainin’ all over the world,” soul legend Brook Benton brings the melancholy spirit of the rain home. The record went to #4 on the pop singles chart in 1970 and was the last of Brook Benton’s top 10 pop hits.

The Eurythmics gave us the sound of synthesised rain swirled in with the powerful emotion of unrequited love. This was the Eurythmics’ second top 10 pop hit in the US landing at #4 in 1984.

Creedence Clearwater Revival used a metaphor of the rain to speak about seemingly endless times of confusion and misery.

The song has frequently been tied to frustration with the Vietnam War. ‘Who’ll Stop the Rain?’ became the band’s fourth #2 hit single in 1970.

‘Raindrops Keep Fallin’ On My Head’ by B J Thomas

Hal David and Burt Bacharach wrote this song for the soundtrack to the movie ‘Butch Cassidy and the Sundance Kid’.

The song won an Academy Award for Best Original Song, and after being released in late 1969, it opened the 1970s at #1 on the Billboard Hot 100, where it stayed for four weeks.

John Lennon explained the Beatles’ ‘Rain’ is “about people moaning about the weather all the time.” Appearing as the B side for “Paperback Writer,” the song was one of the very first to utilise backwards vocal tracks.

‘I Can’t Stand the Rain’ by Ann Peebles

Rain does have the ability to usher in painful memories. Memphis soul singer Ann Peebles showed here how it does. The track became her biggest and only top 40 pop hit reaching #38 in 1973 while landing inside the top 10 on the R&B chart.

One of Prince’s signature songs, ‘Purple Rain’ builds powerful emotion from opening with a lone guitar through powerful rising choruses and ultimately a searing guitar solo.