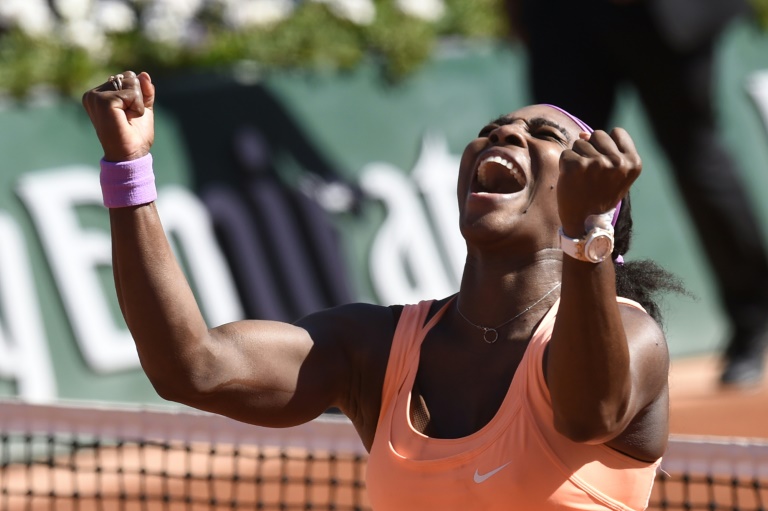 Serena Williams arrives at Wimbledon for the latest stage of her bid for an historic calendar Grand Slam with the praise of her peers ringing in her ears.

Williams has swept to victory at the Australian and French Opens over the last six months and a sixth Wimbledon crown would leave the world number one within touching distance of becoming the first woman since Steffi Graf in 1988 to win all four majors in the same year.

The 33-year-old American’s march to a memorable milestone has reached the All England Club, where she opens against Russian qualifier Margarita Gasparyan.

And her exploits have captured the attention of fellow players in both the female and male locker rooms.

Asked to assess Serena’s place in history and her chances of achieving the calender Slam, Roger Federer, Rafael Nadal and Maria Sharapova all offered glowing reviews of the 20-time Grand Slam champion.

Few know the pressures of competing for a place in history more than Federer, who will attempt to win a record-breaking eighth Wimbledon title — which would take his all-time best tally of Grand Slam trophies to 18.

The Swiss great marvels at Serena’s longevity and believes the greatest threat to her chances is looking ahead to the finish line at the US Open in August.

“When she plays on her terms you would think Wimbledon and the US Open would be the easier ones to win, especially with her serve. But that’s exactly when you have a hiccup,” Federer said.

“So it’s all about focus right now, sometimes just grinding through some matches.

“Once she gets to the final, she’s always going to be the favourite.

“I’m not surprised she’s still at the top. To be mentally ready for the challenge, that’s what’s so admirable about her.”

Nadal has 14 Grand Slam titles to his name, including two at Wimbledon, and, like Serena, his success has often been achieved by overpowering opponents, so it is no surprise to see the Spaniard salute her blistering serve and thunderous ground-strokes.

“When Serena is playing well, it is very difficult to beat her. She won in Roland Garros, that probably was the most difficult one for her. She has the right game to play well in Wimbledon. If she really does it, it will be amazing,” Nadal said.

“My feeling is she has much more power than the others. That’s a big advantage in the women’s game. Her shots are hit a lot differently than the other women.”

No-one has had a more up-close look at Serena’s ability to blast her way to victory than Maria Sharapova, the five-time Grand Slam champion who has now lost 17 of their 19 career meetings, including this year’s Australian Open final.

Sharapova, who won her 2004 Wimbledon title with a famous final upset of Serena, is regarded as one of the only credible challengers to Williams’ bid to wrestle the trophy from defending champion Petra Kvitova.

But, despite a prickly relationship with Serena, she admitted the American, a potential semi-final opponent, is the overwhelming favourite.

“Yeah, absolutely. She’s certainly the player to beat having won the last three majors. I think those results speak for herself,” said Sharapova, whose Wimbledon opener is against British wildcard Johanna Konta.

“I think it always comes down to consistency. It’s one thing to do it at one or two events, but to have that level to be able to do it consistently is pretty incredible.”

After reaching the French Open final and then the Wimbledon semi-finals last year, Romanian third seed Simona Halep could also fluster Serena, who has failed to make the quarter-finals in her last two appearances at the All England Club.

However, ahead of her first round tie against Slovakia’s Jana Cepelova, Halep admitted she is in awe of Serena’s achievements and expects to see her succeed at Wimbledon and US Open over the coming months.

“Serena has two (Grand Slams) this year already, so she can do it. It’s pretty amazing,” Halep said.

“She’s a great champion. She has a lot of power. She’s very strong mentally.

“I admire her a lot. I have learned many things from her. You know, she is the best player in the world.”