Being a student in Delhi, I spend only about 3 months a year in Kolkata, my sojourns limited to summer and winter vacations. However, as they say, they canâ€™t keep the Bong too far away from Bengal, and during my visits, I have come to realise that I am usually possessed with nothing much to do, much like my Kolkata-based friends, which is why we roam around the city, eating everywhere possible and spending time just sitting around in those places which we perceive as fashionable enough. So, I am quite amused to say that I have managed to gauge enough of Kolkataâ€™s – for the lack of a better word – â€œhangout cultureâ€, in order to be able to write about the places here which the youth deem worthy of spending their time in.

One of the most scenic places in Kolkata, Princep Ghat is situated on the banks of the Hooghly, a distributary of the Ganga. It consists of roughly cut steps leading down to the river, at regular intervals, which are occasionally used as bathing places for religious purposes. The magical appeal of the place lies in the gardens and the old world charm of the boats, which you can hire for a meagre amount. You’ll be blessed with a brilliant view of Kolkata at its prettiest and the Hooghly Bridge towering overhead. Stroll around the gardens, sit and chat, loll on the lawns- itâ€™s all open for you.

Point to be noted: Quickly becoming Kolkataâ€™s No.1 selfie destination. 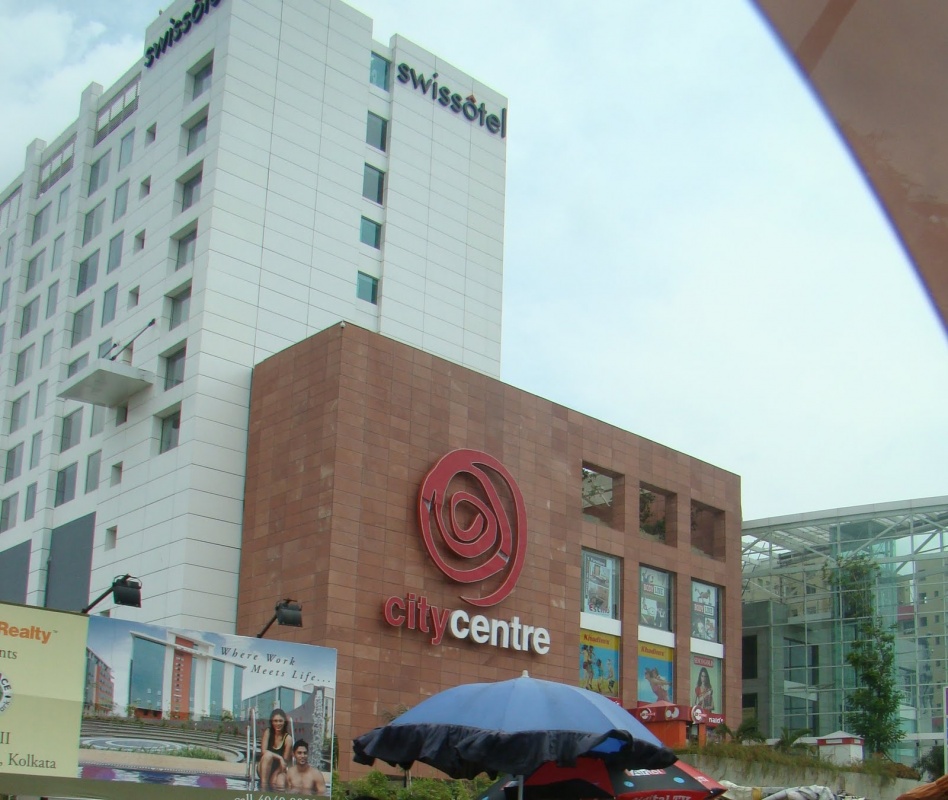 A large open air mall, spread out over a large area, located in Kolkataâ€™s Saltlake area, City Centre came up about ten years ago. Since then, its massive open spaces and innumerable sitting places have made it a popular place to hangout at in Kolkata. Buy a popcorn from one of the many stands, pick up an ice-cream from one of the stalls,buy a cold drink to quench your thirst, or just sit around with friends and chill. The central hangout area is a large step well shaped structure, around the sides of which people sit around after the sun ceases to become punishing.

Point to be noted: The food festival that happens here every year is to die for.

THE poshest place on this list. The pub cum lounge in Kolkataâ€™s Park Hotel, Someplace Else is known for its atmosphere, its alcohol, and most importantly as the hub of Kolkataâ€™s established bands. Pop into Someplace Else any day, and you’re guaranteed to find an event involving music taking place. Easy to spend an evening there, if you love music, nursing maybe a cocktail or a beer while listening to some of Kolkataâ€™s best music. However, this would be a hangout place for a slightly older part of the populace, around the late twenties, on account of the fact that itâ€™s a bit on the expensive side. Someplace Else is the definition of cool in Kolkata, with film stars and musicians guaranteed to be chilling alongside you.

Point to be noted: Someplace Else celebrates festivals from around the world, one of them being Oktoberfest. â€˜Nuff said.

Yes, you read it right. Thereâ€™s a college on this list. Jadavpur University is one of Kolkataâ€™s best higher educational institutions, renowned for engineering, English and Economics. It is also one of Kolkataâ€™s most laid back colleges. JU remains till date possibly the most chilled out college in Kolkata. Most of the students hang out in the large, spread out and rather wild-but beautifully so- campus. Friends from other colleges join them. There are multiple canteens where the food is both tasty and cheap and entry isn’t restricted anywhere.

Point to be noted: When I say chilled out, I mean chilled out in every possible sense. Take the hint.

The second mall to feature on this list. Much posher than the previous one and filled to boot with high end brands. Air conditioned, unlike City Centre, so a lot of people come here for the comfort factor to beat the heat. The food court, which offers fast food from around the world, does very well for this reason, as do the bakeries. Forum also holds two of Kolkataâ€™s most popular restaurants and a pub, all three of which are full most of the time. For people choosing not to eat, thereâ€™s a lot of window shopping to be done.

Point to be noted: The number of bakeries = the amount of delicious smell wafting around the mall. 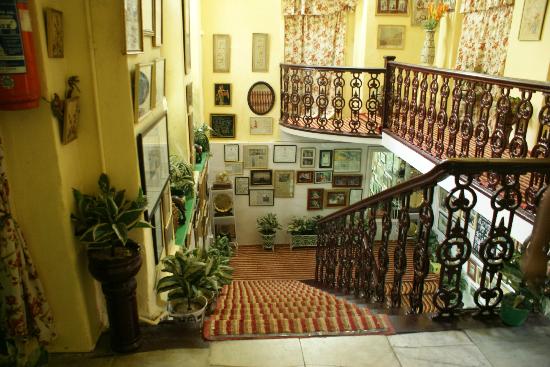 Humorously nicknamed Kolkataâ€™s Beergarden, Fairlawn is a restaurant that sells only beer, but a large variety of that. Located in a rather tucked away, narrow street, it is a shaded part of the garden, large enough and has the potential to be pretty on good weather days. The furnishing is basic, but the food is great, as is the beer. Cheaper than a lot of other places, Fairlawn is being frequented by a large number of youngsters who want a place which is partly open air, where they can smoke, chill, drink beer or two and relax with friends. Â

Point to be noted: Extremely popular these days, so next to impossible to get a table at peak hours. 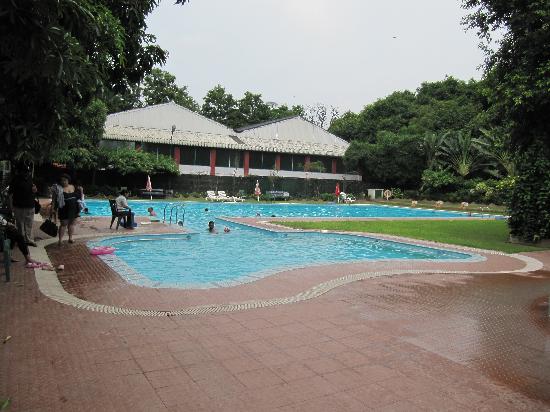 One of Indiaâ€™s oldest, Tolly is a sports club that also ranks high on Kolkataâ€™s sightseeing spots. An elite club, it is beautifully maintained and has a brilliant golf course. You could just spend the entire day with them playing tennis, swimming, lunching at the Shamiana, and just sitting around and chatting while enjoying the beauty. Tolly has 3 restaurants and 3 bars. Teenagers and young college kids tend to bond over tennis or golf here and hang out with their friends here. Again, a pretty posh place.

Point to be noted: All age groups actually hangout at Tolly. It offers something for everyone.

Point to be noted: Don’t go here if you’re looking to chill and have very serious conversations — you wonâ€™t be able to hear a thing.

Another newish location that has become hugely popular. Its almost Â impossible to find a place to sit and you’re bound to run into someone you know. Teenagers love this place, as do college kids. With its outdoor and indoor seating and central location, Wise Owl has found the perfect combination. It offers decent food and a large variety of non-alcoholic drinks but what works is its atmosphere.

Point to be noted: Wise Owl is the perfect place for smokers, who canâ€™t really light up on the streets. 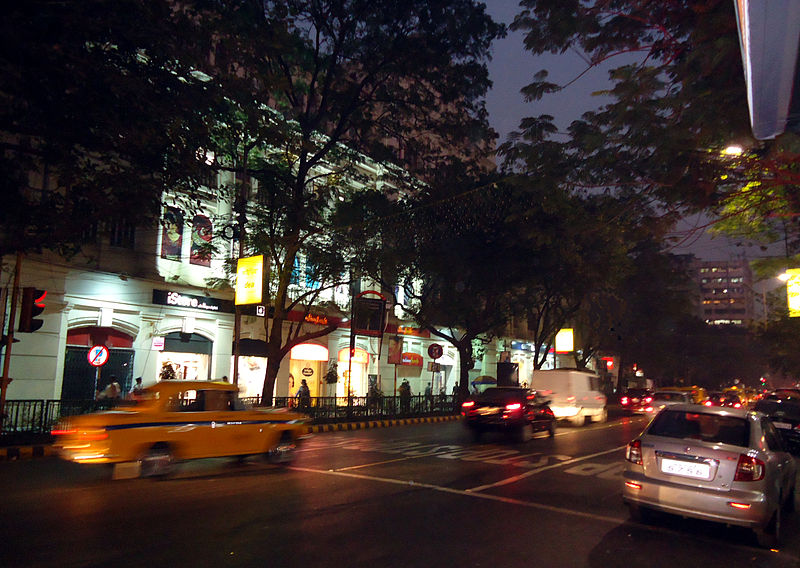 Park Street has earned this distinction and has probably been this cool since my parents were in college. THE hangout place of Kolkata, its basically a very busy locality which has offices, schools and colleges, as well as the Park Hotel and a large number of restaurants and cafes. Just stroll around the streets, enjoy the hustle bustle, meet up with friends from one of the many colleges, and just pop into one of the restaurants. You’ll find the cheapest food there and then thereâ€™s the four star Park Hotel. For voracious readers, thereâ€™s the Oxford Bookstore and the adjoining Cha Bar, where you can just sit and read the entire day while drinking coffee. There are multiple pubs there for drinkers and the best of food for those interested in satisfying their tummies.

Point to be noted: Park Street is lit up on Christmas Eve, on New Yearâ€™s Eve. Itâ€™s a sight to be seen and appreciated.

Up and Coming: The Factory Outlet, Bikerâ€™s Cafe and Abar Baithak. These places possess the potential to become great hangout places.