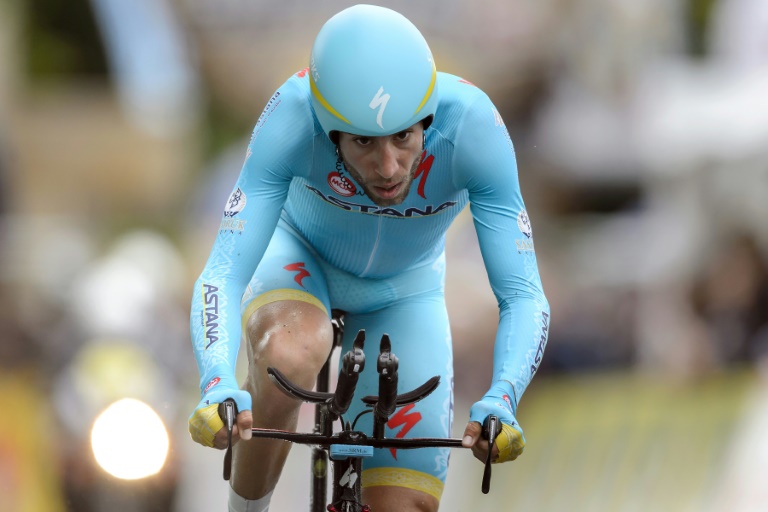 Embattled Tour de France champion Vincenzo Nibali has revealed an Achilles tendon injury curtailed his winter schedule but said he is ready to face his yellow jersey rivals when the race begins next week.

“I had a problem that I’ve never spoken about. This winter I had an Achilles problem, which I have now thankfully gotten over,” Nibali said Sunday in an interview with La Gazzetta dello Sport.

Nibali put an end to his season drought by winning the Italian national road race crown for the third time on Saturday thanks to a commanding performance on the way to the race’s uphill finish at Superga outside Turin.

As well as ending his victory famine, it gave him the opportunity to wear the Italian tricolour jersey for the rest of the season. A week before the Tour de France start in Utrecht, the privilege comes in timely fashion.

“I needed this win, it’s done me a lot of good. It’s liberated me from a lot of the pressure I’ve been under,” said Nibali, whose Astana team this season came dangerously close to being banned from the sport following a string of doping positives in the team and its Continental set-up.

Italians are now hoping it will be enough for Nibali — only the sixth rider in history to have won all three Grand Tours after Jacques Anquetil, Felice Gimondi, Eddy Merckx, Bernard Hinault and Alberto Contador — to deflect the challenge of three formidable rivals in the July 4-26 epic.

Froome (five victories) and Contador (four) have been busy winning key races and Quintana, with two wins this season, has lately been training hard in the mountains of Colombia as Nibali struggled through a mostly underwhelming season.

Disadvantaged by his winter Achilles problem, Nibali managed only a 16th place finish in Tirreno-Adriatico in March — a race he won in 2012 and 2013 — and then finished 10th overall in the Tour of Romandie.

At one of two warm-up events for the three-week Tour, the Criterium du Dauphine, Nibali’s best result was a second-place finish on the mountainous sixth stage behind Portuguese Rui Costa.

It gave the Italian the overall lead, which he relinquished in spectacular fashion the next day on the way to Saint Gervais-Mont Blanc, where Froome triumphed to move up to second overall before securing the victory by winning stage eight to Modane-Frejus.

“At the Dauphine I wasn’t strong enough to deal with the fatigue and I also made a few mistakes that unsettled me even more,” admitted Nibali.

“At the Dauphine, Froome was impressive on the climbs. But for me Quintana is the most dangerous.”

Contador is another of Nibali’s big rivals. The Spaniard is aiming to become the first rider since deceased Italian Marco Pantani, in 1998, to complete the Giro d’Italia-Tour de France double and won the Italian race last month.

“Contador tired? You wouldn’t know it. He would need the perfect season, but the ‘Double’ is tempting and he certainly has the capacities.”

Whether Nibali’s win on Saturday is a sign of things to come remains to be seen.

But the 30-year-old Sicilian known as ‘Il Squalo’ (The Shark) is hoping that wearing the Italian national champion’s jersey could give him some extra bite.

“It’s prestigious, especially when you get to wear it for 25 days at the Tour. The idea of folding it up and putting it away in a drawer doesn’t please me.”