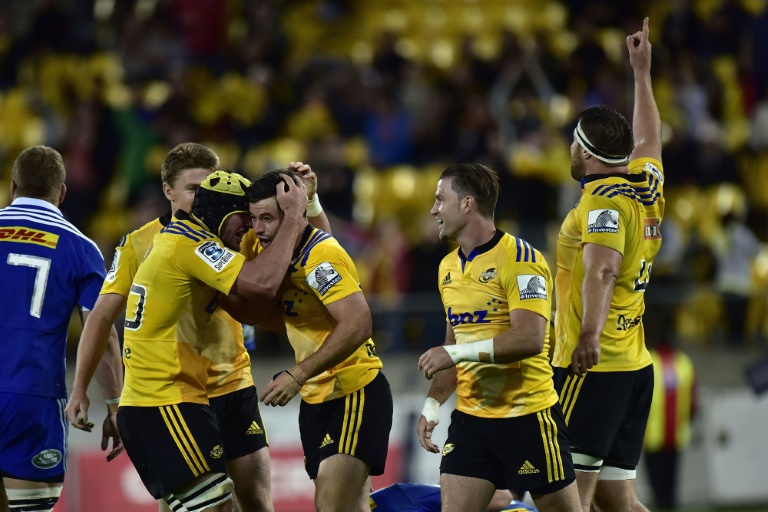 The Wellington Hurricanes and Otago Highlanders have become the ugly duckling stories of New Zealand rugby after defying their critics to reach the Super 15 final.

The only New Zealand sides never to have won the Super crown started this season as two of the most unfancied outfits.

But they emerged from the regular season as the top two performers and then comprehensively downed the ACT Brumbies and NSW Waratahs in the Super semi-finals on Saturday.

The Hurricanes and Highlanders both specialised in positive, attacking rugby with impressive averages of nearly four tries and 30 points per game.

The pace-setting Hurricanes, whose only previous final appearance was a loss to the Canterbury Crusaders in 2006, won the right to host the final when they beat the two-times champion Brumbies 29-9 in Wellington.

In Sydney, the Highlanders crushed the Wallaby-laden Waratahs 35-17 to book a final berth for the first time since their lone 1999 appearance when they were also beaten by the Crusaders.

The Hurricanes-Highlanders showdown ensures the southern hemisphere championship will have a first-time titleholder, and for the fifth time in the 20-year history of the tournament it will be an all-New Zealand affair.

It was far from faultless rugby by the Hurricanes but with a backline including All Blacks Ma’a Nonu, Conrad Smith, Julian Savea and rising new star Nehe Milner-Skudder, coach Chris Boyd said it was worth taking risks.

“If you play a high risk and reward game you’ve got to expect you will make mistakes,” he said, promising the same approach in the final.

“I don’t suspect we’ll change anything actually. We are just happy that we can go to the last dance and we do it in our own hall.”

The only issues facing the Hurricanes are the fitness of bruising flanker Ardie Savea, who was forced from the field with a knee injury after 50 minutes and ongoing hamstring problems which limited Milner-Skudder to the first half.

Fly-half Beauden Barrett gave up the kicking duties in the second half because of hip pain which he said had hampered him for years.

Fuelled by the emotion of losing former teammate Jerry Collins in a car accident three weeks ago, and with the packed stadium chanting “Jerry, Jerry, Jerry”, the Hurricanes had control of the Brumbies after five minutes.

They scored four tries, two in each half while restricting the Brumbies to a trio of penalties.

For Highlanders coach Jamie Joseph, the post-match debrief after the Waratahs clash had the familiarity of a well-worn record. How could a team with three All Blacks romp home against the defending champions who fielded 13 interntionals?

“You can’t say the same story every week,” he said.

“It still surprises me. In many ways it seems that we’ve fooled the rugby community, they still don’t quite believe in us, what else can these guys do?”

One of Highlanders’ biggest assets has been fitness, making them one of the best finishing sides in the competition.

When they trailed the Waratahs 17-15 after 50 minutes, they stepped up several gears to score 20 unanswered points.

Their cause was helped by a contentious penalty try when Jacques Potgieter was given a yellow card for a swinging arm tackle on Patrick Osborne near the Waratahs try-line.

But by that stage the game had already become one-way traffic and the Waratahs never looked like catching up.