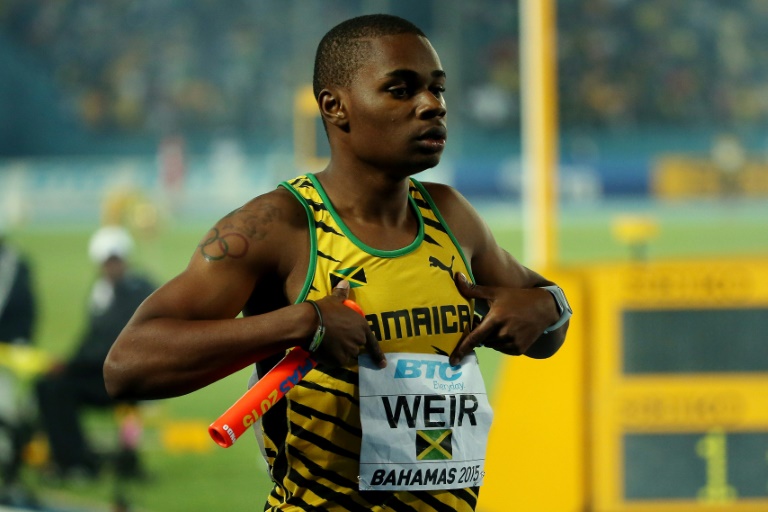 Omar McLeod ran a world leading time of 12.97 seconds to capture the men’s 110 metre hurdles at the Jamaican national trials.

The 21-year-old McLeod, who is the US college 60-metre indoor sprint champion, was overjoyed as he shattered his personal best time of 13.21 seconds by 0.24 seconds to take the world leading time over France’s Pascal Martinot-Lagarde (13.06).

“It is just a scintillating feeling,” he said. “I am tremendously happy with my performance. I knew once I had the perfect wind I knew I could run under 13 seconds.

“It was great to do it right here in front of my home crowd.”

McLeod said he is now getting set for Beijing in August where he will compete in the 2015 World Championships. He plans to prepare for Beijing by competing in the Diamond League circuit of events.

For the first time Jamaica will have two women who are automatic qualifiers in the 800 metres at a global championship after NCAA champion Natoya Goule (1:59.63) and Simoya Campbell (1:59.92) both ran personal best times. Kimarra McDonald was third in 2:02.08.

Julian Forte ran a superb personal best 20.04 seconds to win his semi-final heat of the men’s 200 metres, the best of the night, while Nickel Ashmeade looked in great form as he won his heat in 20.23 seconds.

With Friday’s 100-metre champion Shelly-Ann Fraser-Pryce pulling out Saturday due to a virus, her training partner Elaine Thompson signalled she is ready to take over the mantle in the 200 metres after running an easy looking 22.60 seconds to lead the qualifiers into the finals.

Christine Day continues to set the pace in the women’s 400 metres as she won her semi-final heat in 50.38 seconds, just holding off 20-year-old Shericka Jackson who ran a personal best 50.65 seconds.

In the men’s discus throw, Jason Morgan had to settle for second place as former world junior champion Fedrick Dacres won with a toss of 63.23 metres.