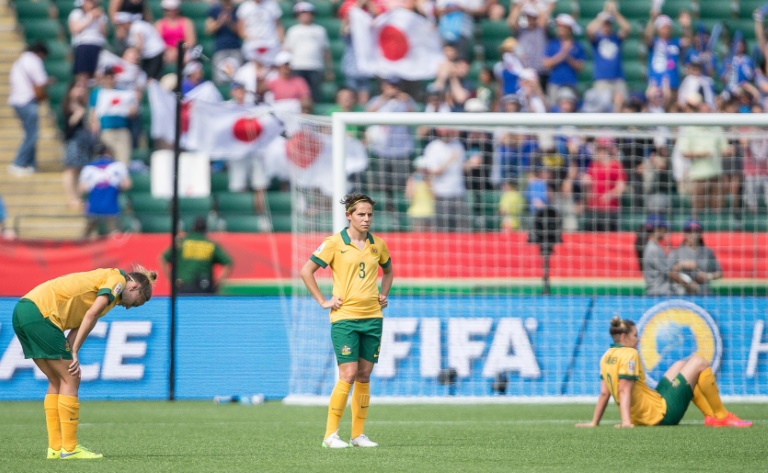 Coach Alen Stajcic admitted his young Matildas need to mature if they are to challenge for the big titles after exiting the Women’s World Cup with a 1-0 loss to Japan.

A late goal from substitute Mana Iwabuchi put the defending champions through to a meeting in Edmonton next Wednesday with England, who beat hosts Canada 2-1 in Vancouver.

“There’s not much you can say after a match like that, it’s too soon,” said a disappointed Stajcic.

“All you can do is put your arm around their shoulder, most of them are young players, it’s a heartbreaking experience for all of us.”

The former Sydney FC W-League coach stepped in after his predecessor Hesterine de Reus was sacked in April 2014 following a player revolt.

The 41-year-old guided Australia to the Asian Cup final just a month later, where they lost 1-0 to Japan.

But he admitted the gulf between his 10th-ranked side and fourth-ranked Japan on the pitch at the Commonwealth Stadium was huge.

“They (Japan) were a lot more composed throughout the 90 minutes. In that first 20-minute period they were technically better than us, we lost a lot of juice chasing the ball around.

“You always have to defend against Japan but when we won the ball we gave it straight back.”

The Matildas had become the first Australian team — men’s or women’s — to win a knock-out game in a World Cup when they dumped former finalists Brazil 1-0 in the last 16.

They had emerged second from the tough Group D having followed their opening 3-1 loss to the United States with a 2-0 win over Nigeria and 1-1 draw with Sweden.

But he believes they are on the right track.

“It’s a long process, that doesn’t happen overnight,” he said. “We’ve been full-time for five months, the Japanese girls have been together five-six-ten years.

“Their starting line-up would probably average 28-29 years and ours 22-23, obviously there’s a lot of room for growth.

“We’ll get there, but sometimes you just have to mature and develop.

“Australia needs to become technically better, our kids need to do way more technical development and we’ve already put the wheels in motion, but that takes five, 10 years, it doesn’t take overnight.

“There’s no reason the Japanese are so technical other than hard work and practice.

“By the time the Olympics and the next World Cup come around we’re going to be even stronger.”

He added: “We’re obviously disappointed with the result but when you look at the big scheme of things we lost 1-0 in the 88th minute off a scrappy corner .. it wasn’t as if we were humiliated.”