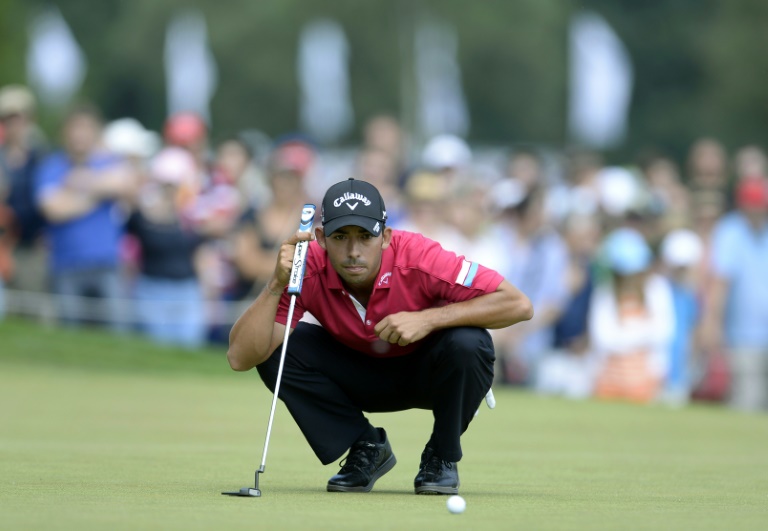 Pablo Larrazabal won his second BMW International Open crown by one shot after firing a six-under-par final round in Munich on Sunday.

The Spaniard was five shots adrift of England’s overnight leader James Morrison heading into day four, but he carded an unblemished fourth round 66, featuring six birdies, to pip Sweden’s Henrik Stenson by a single stroke on 17-under par.

The 32-year-old Larrazabal went out at breakneck speed, sinking five birdies on the front nine to put him right into contention. And as his rivals fell away, a crucial 15-foot birdie on the 16th saw off the challenge of Stenson.

“I think I was five under for the front nine, hitting the ball great — as good as I’ve hit it all year, and my putting was awesome. I made a lot of great putts.

“Coming in (on the back nine), it was tough. You have a lot of holes with a lot of trouble,” added the Spaniard.

Stenson, ranked number seven in the world, fired a seven-under-par 65 thanks to five birdies and an eagle on the 11th to give him the clubhouse lead, but Larrazabal’s intervention denied Stenson the title.

It’s a fourth win on the European Tour for Larrazabal and a second at Munich’s Eichenried Golf Club after he won the event in 2011, beating Sergio Garcia in a play-off.

Overnight leader Morrison, however, fell away with a five-over 77 to finish in a six-way tie for 11th place on 11 under par.

Chris Paisley of England was two shots adrift of his compatriot Morrison at the start of play, and he was denied a share of second place when his long birdie attempt on the 18th fell just short; he had to settle for third place on 15 under, two shots behind Larrazabal.