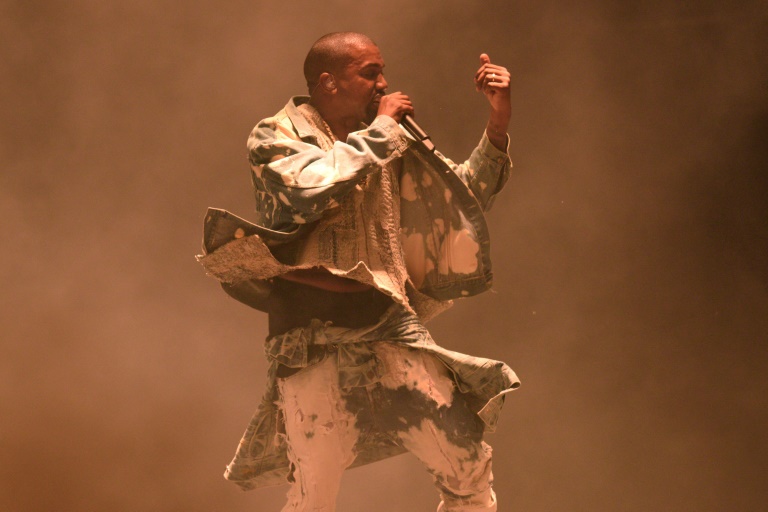 Kanye West gave a defiant performance at Glastonbury, challenging critics who said he was unsuitable for the event by declaring himself the “greatest living rock star”.

The US rapper delighted many core fans with a 100-minute set on the Pyramid Stage that included big hits and new material, but did little to win over those festival-goers who came along out of curiosity.

Wearing blue denim with a white splattered paint effect, West spent most of the set alone on a bare stage under a ceiling of hundreds of powerful spot lights, although he took a trip above the stage in a crane for “Touch the Sky”.

“Thank you all for coming out tonight, thank you for coming to see me,” he said in a rare moment of engagement with the crowd.

West’s performance opened with “Stronger” and closed with “Gold Digger”, and included a guest appearance by Justin Vernon of folk band Bon Iver, who lurked in the shadows on the edge of the stage as the rapper strode around.

At one point, West sang part of Queen’s “Bohemian Rhapsody” before declaring: “You are watching the greatest living rock star on the planet!”

The decision to give West the coveted Saturday night slot caused controversy among fans of the festival, which is better known for its rock and folk music, and 135,000 people signed a petition to get him dropped.

Emily Eavis, Glastonbury’s co-organiser and daughter of founder Michael Eavis, said she had even received death threats over the booking, but insisted that he was an artist “making the most exciting music at the moment”.

There was certainly huge support in the crowd for West, who repeatedly went silent to allow the fans to sing along, and won cheers when he dedicated one song to his wife Kim Kardashian, who was in the audience.

But the set was at times chaotic. Just minutes in, an audience member, comedian Lee Nelson, jumped onto stage and had to be removed by security, while West stopped several songs to restart them.

Joshua, 26, said he was disappointed. “I love all his stuff, but I found him crap tonight,” he told AFP.

“You’ve got to respect the crowd. His ego was outside the Pyramid — he doesn’t understand Glastonbury.”

“I’ve never been in an audience more willing to love a headliner and be so disappointed,” wrote Times columnist Caitlin Moran on Twitter.