Home Face Off Gentleman of Cricket 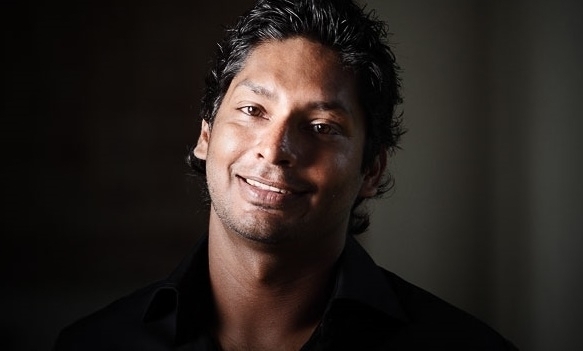 ICC Cricketer of the Year, ICC People’s choice Player of the year, youngest MCC Spirit of cricket lecturerâ€” this Lankan is an exemplary cricketerâ€” a fusion of style, finesse and panache.

A fantastic player of both fast and spin bowling, he is known to revel in arduous situations.

Kumar Chokshanada SangakkaraÂ was born on October 27, 1977 in Matale, Sri Lanka. He was raised in Kandy where he got his educationâ€”Trinity College.

Sangakkara was a chorister and played the violin during his school-days. He also played a number of sports: badminton, tennis, swimming, table tennis and cricket at the junior school and was able to win national colors for badminton and tennis. Focussing only on cricket, he represented his schools in various tournaments.

Following his fatherâ€™s footsteps, he entered the Law Faculty of the University of Colombo, but was unable to finish his degree due to cricket tours.

He scored his first double-century against Pakistan in 2002 securing the Test championship for his team.

In 2006, when Sri Lanka toured Bangladesh, he was made the vice-captain of the team due to injury to captain, Marvan Attapattu. Initially, he held the position on an interim basis; it got extended to three more series as the captain could not recover and eventually he became vice captain on a regular basis.

In July that year, he set up the world record for the highest partnership in Test cricket, 624 runs against the Proteas.

At the age of 31, with the experience of 80 Tests and 246 ODIs, Sangakkara became the captain of the team. His first engagement in the role was the 2009 ICC World Twenty20 where he led the team to the finals.

His captaincy came under fire as the team didnâ€™t qualify for ICC Champions trophy and in the subsequent tour to India; they were beaten by the hosts in both ODIâ€™s and Tests.

The team under the captaincy of Sangakkara gained momentum and won the next Tri-series between Bangladesh, Zimbabwe and Sri Lanka. The Lankans’ tour of Australia proved to be very successful, in winning both the T20 and ODI series. This was Sri Lanka’s first ever series victory in Australia.

A month in advance of the 2011 World Cup, Sangakkara decided he would resign the captaincy after the tournament. His team reached the finals and he was in prolific form throughout the tournament scoring 465 runs in 9 matches.

He struggled when England visited in 2012. He failed to score a half century during The Two Test match series. But he regained his form in the ODI series against Pakistan scoring twice in the 90s.

In 2014, Sangakarra hit his first triple century scoring 319 runs against Pakistan. He followed it up with a knock of 105 in the 2nd innings.

His impressive form with the bat continued at the 2014 Asia Cup where he amassed a total of 245 runs in five innings.

At home, the 7 match ODI series against England was very fruitful for Sangakkara as he scored four consecutive fifties followed by a century.Â  The series was his last in his home town, due to his retirement from ODI arena after 2015 Cricket World Cup.

Sangakkara delivered the 2011 MCC Spirit of Cricket Cowdrey Lecture at Lords. He became the youngest person and the first current international player to deliver that lecture, which was widely praised by the cricketing community.

The one hour long speech was based on the history and the corruption in the cricket administration in Sri Lanka. In his speech, he said: “accountability and transparency in administration and credibility of conduct were lost in a mad power struggle that would leave Sri Lankan cricket with no clear, consistent administration”.

Despite the critical comments by the Sri Lankan government officials, it has been described as “the most important speech in cricket history”.

Sangakkara is married to his longtime partner, Yehali. They have one girl and a boy.

He is involved in a number of charity works in Sri Lanka. He is a member of the Think Wise Initiative, launched by ICC, Joint UN Programme on HIV/AIDS and UNICEF.