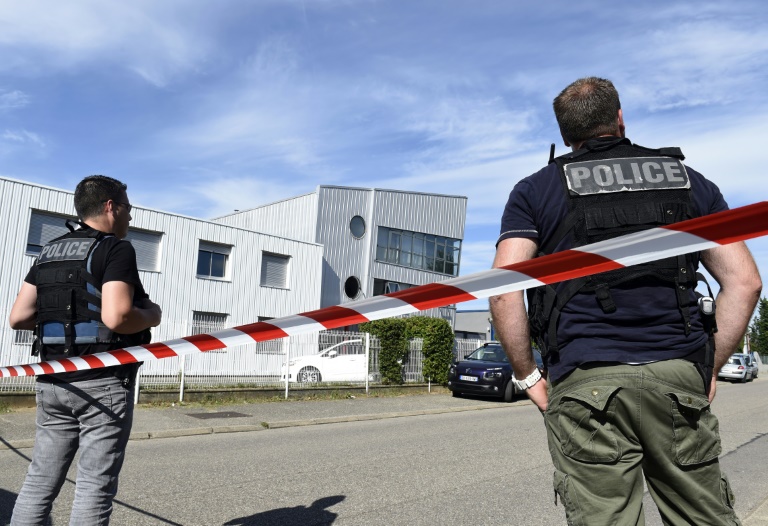 French authorities were transferring the man suspected of beheading his boss in an alleged jihadist attack to Paris on Sunday, as it emerged he sent a macabre “selfie” of the decapitation.

Anti-terror police will grill the suspect, Yassin Salhi, a 35-year-old father-of-three, as they search for clues and a motive for Friday’s attack on a gas warehouse near France’s second city of Lyon.

After several hours of silence, Salhi has begun to open up to investigators about the assault, which came six months after 17 were killed in Islamist attacks in Paris that began with the Charlie Hebdo massacre.

And Canadian authorities are trying to help France solve the case after it emerged Salhi sent a gruesome selfie photo of himself and the severed head to a WhatsApp number in Canada.

Investigators have warned however that it could be a relay number and the intended recipient could be anywhere in the world.

The probe is naturally focusing on Syria, where hundreds of French people have gone to wage jihad, officials said.

Anti-terrorist authorities have identified 473 people who have left France to fight in Iraq or Syria, according to sources close to the probe.

On Friday morning, Salhi rammed his van into the US-owned Air Products factory in what President Francois Hollande said was a “terrorist” attack designed to blow up the whole building.

He was overpowered by a firefighter as he was trying to prise open a bottle of acetone in an apparent suicidal bid to destroy the factory.

Police then made the grisly discovery of the severed head of Salhi’s boss, 54-year-old Herve Cornara, lashed to the gates of the factory near two flags with the Muslim profession of faith written on them.

The attack came on a day of bloodshed on three continents that saw 38 people mown down on a Tunisian beach and 26 killed in a suicide attack in Kuwait.

The Islamic State extremist group has claimed responsibility for those two attacks but no group has said it carried out the French operation.

Sources close to the investigation said Salhi was radicalised more than a decade ago after contact with Muslim convert Frederic Jean Salvi — known as “Ali” — who is suspected of preparing attacks in Indonesia with Al-Qaeda militants.

An autopsy on the victim has proved inconclusive, with experts unable to determine whether he was killed before being beheaded or decapitated alive.

Nearly six months after the Charlie Hebdo massacre, the attack raised painful memories for France, which is still on high alert for potential repeats.

Around 200 people in the town of Saint-Quentin-Fallavier — where the attack took place — staged a minute’s silence in the victim’s honour followed by a rousing and spontaneous rendition of the French national anthem.

One man, Philippe Ouastani, said he came to show solidarity with the victim. “It’s unheard of to decapitate someone in the 21st century. What weapons do we have to combat that? Being here, together.”

Another woman, wearing the Muslim headscarf, said she was “unable to speak” when she heard the news.

“These acts have got nothing to do with religion. The Prophet never said to kill innocent people,” raged the woman, who asked to remain anonymous.

Trying to find the words to explain the killing to her four-year-old son, she said: “There are naughty people who have done bad things. The police will put them in prison to punish them for their silly, silly actions.”

Like the Charlie Hebdo attackers and Islamist Mohamed Merah who gunned down soldiers and Jewish children in the southwest city of Toulouse in 2012, Salhi had been known to French security services for “radicalisation” but slipped through the net.

Interior Minister Bernard Cazeneuve said Friday Salhi had been investigated for links to radical Salafists in Lyon, but was not known to have participated in terrorist activities and did not have a criminal record.

Speaking after an emergency cabinet meeting on Saturday with Hollande, Cazeneuve vowed the government would “continue to work relentlessly” against terrorism.

“The question is not if there will be a new attack, but when,” Prime Minister Manuel Valls warned Saturday.

Europe has for months been bracing for so-called “lone wolf” attacks by supporters of Islamic State, which has urged its followers to strike wherever they can.

Cazeneuve said the law allowed security services to be “better armed” to fight the jihadist threat.