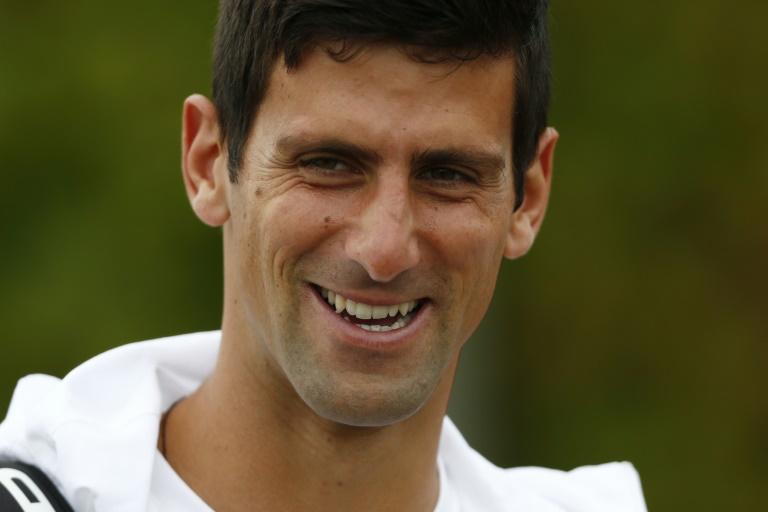 Novak Djokovic insists his lack of grass-court practice won’t be a hinderance as the Serb aims to erase the bitter memory of his French Open heartache by retaining the Wimbledon title.

While Roger Federer, Andy Murray and Rafael Nadal have all won a Wimbledon warm-up event over the last three weeks, Djokovic opted against playing any competitive tennis in the aftermath of his painful Roland Garros final loss against Stan Wawrinka.

Since then the world number one has made only a couple of gentle grass-court exhibition appearances at the Boodles invitational event.

But Djokovic has appeared in the last two Wimbledon finals, beating Federer in a five-set classic last year after losing to Murray in 2013, and he is still confident of a strong challenge for a third All England Club title.

“In the last couple years I haven’t been playing any lead-up tournament to Wimbledon and I still managed to play the final two years ago and to win the title last year, even though my rivals like Murray, Federer, Nadal, have been winning grass court tournaments,” Djokovic told reporters at Wimbledon on Sunday.

“It’s not my concern, honestly. I just want to get myself in the best possible shape.

“I’m aware of the adjustment that is required movement-wise, game-wise, and also mentally for the grass courts coming from clay courts.”

Djokovic had made it his goal for the year to finally win the one Grand Slam that had eluded him and he responded to the French Open loss by retreating with his family to his Monte Carlo base to recharge mentally and physically.

While some critics question whether Djokovic will be able to recover quickly from that heartbreaking defeat to Wawrinka — the third time in the last four years he had lost the Paris final — the 28-year-old takes heart from the way he has dealt with similar setbacks in the past.

“Right after I lost the match, of course, there was this sense of disappointment. There is no doubt about it. I felt that for some days after it,” said Djokovic, who starts his title defence against Germany’s Philipp Kohlschreiber on Centre Court on Monday.

“It’s something that the traces may stay, let’s say, for some time.

“It took me some time really to recover and to rest. I didn’t want to think about tennis too much. I spent time with my family.

“But you always try to train your mind to look on the bright side, to move on, and just take it as a lesson, and something that will give you that strength.

“Because of the matches like against Stan, I have become stronger and I’ve learnt how to grow in the process.

“It’s brought me a lot of mental and emotional strength. I managed to get the necessary reset in my mind.”

While the French Open at least pushed to the back of his mind for now, Djokovic is focused on reviving his dominant 2015 campaign at Wimbledon.

Before losing in Paris, the eight-time Grand Slam champion had been on 28-match winning streak dating and he has won 41 of his 44 matches this year.

“Before Roland Garros, I’ve lost only two. I had one of the best season starts in my career,” Djokovic said.

“All in all, it was another great tournament. But I needed that rest to recharge my batteries and get myself in a proper state of mind so I can start all over again.”