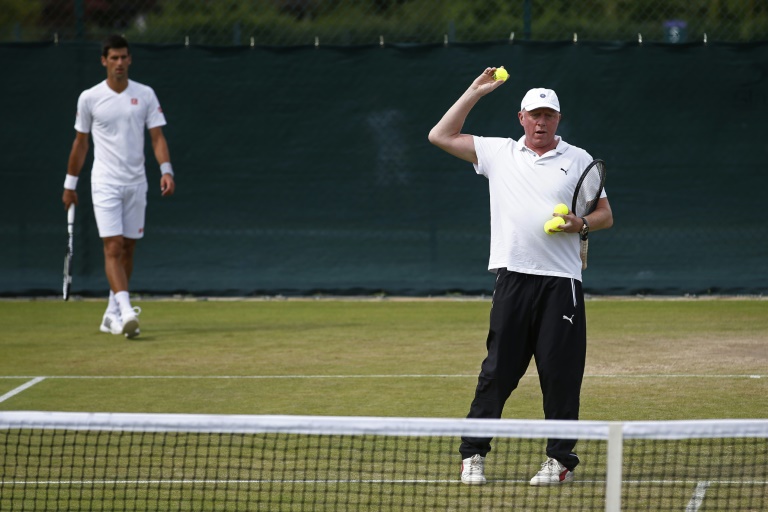 Wimbledon champion Novak Djokovic has denied accusations of cheating despite admitting top players routinely break the rules by communicating with their coaches during matches.

Tennis governing body rules forbid coaches from instructing their players in the middle of matches.

But Djokovic’s coach Boris Becker has revealed the Serb’s back-room staff “have our ways” of signalling to the world number one on court “to tell him it’s good or it’s bad”.

With Djokovic due to start his Wimbledon title defence against Germany’s Philipp Kohlschreiber on Centre Court on Monday, he was quizzed about the trend for on-court coaching when he faced the media for the annual champions’ press conferences at the All England Club on Sunday.

The 28-year-old rejected suggestions his on-court communication with Becker represents a significant rule breach, but he did concede the practice is widespread.

“I think with all the cameras pointed out to him (Becker) and to the box, I think you would already notice if he would just kind of go kick serve, slice, to do the backhand or forehand.

“But we can’t pretend like that’s not happening in tennis.

“Of course there are situations when it happens, and not just with the top players, with everybody.

“This is a very competitive sport. You’re alone on the court.”

The on-court coaching rule clearly states; “Players shall not receive coaching during a match (including the warm-up). Communications of any kind, audible or visible, between a player and a coach may be construed as coaching.”

But Djokovic said it wasn’t unfair if there was some kind of communication with a coach because so many players indulge in the practice.

“Of course there are certain rules but also there are times when the team of the player communicates with the player when he gets to go and take the towel in the corner, which is closer to the box, or in different ways,” he added.

“I think it’s all fine as long as it’s not regular, I think it just depends.

“Also that’s up to the chair umpire or supervisor to decide if somebody’s breaking the rules or not.

“I think as long as it’s something that you can tolerate, let’s say, within the ways of communication, I think it’s fine.”