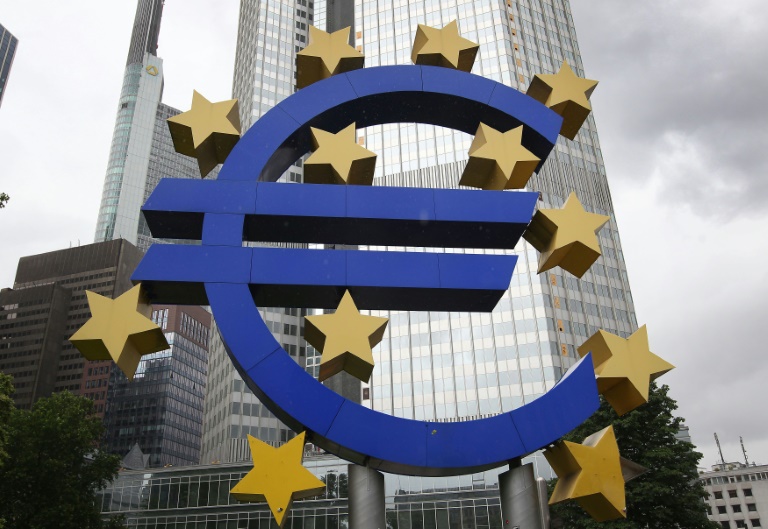 The escalating Greek crisis puts the European Central Bank in the eye of the storm, as the only body that can prevent a banking collapse or, in the worst case, manage the consequences of a “Grexit”.

As anxious Greek citizens queued up to extract their cash from bank machines, raising fears of a bank run and capital controls, all eyes were on the ECB as the stricken country’s lender of last resort.

“Whether or not Greece has to exit the eurozone now depends on the ECB. A terrible responsibility for non-elected officials,” tweeted economist Paul De Grauwe of the University of Leuven.

The ECB has been the lifeline keeping Greek banks — and by extension the Greek state — afloat with emergency cash through five months of tortuous negotiations that have now taken a sharp turn for the worse.

Greece hurtled towards default and a possible euro exit Saturday after Europe responded to the leftist government’s announcement of a surprise referendum on the issue by refusing to extend Athens’s desperately needed bailout.

Whatever the ECB does now, it’s the future of the currency block that is at stake.

If the Frankfurt-based institution cuts the lifeline to Greek banks and at the same time the whole economy, it would precipitate the “Grexit”, as the country leaves the single currency.

It would then be up to the ECB to manage the consequences, including attempting, with the monetary policy tools at its disposal, to contain the risks of contagion to other euro members.

On the other hand, by continuing to drip-fed its banks, the ECB would violate the rules of what ECB chief Mario Draghi likes to remind people is a “rules-based institution”.

For some it would be the beginning of the end of the euro area.

Draghi, who has carefully stayed clear of the heated exchanges between Greece and its EU-IMF creditors in recent months, thus finds himself on the spot, in a situation he never wished for.

Draghi told the European Parliament this month that it should be “absolutely clear” that elected policy-makers, not central bankers, must decide on Greeceâ€™s bailout programme.

The ECB Governing Council was expected to hold a telephone conference Sunday, a banking source told AFP, to decide on the next step as Greece careens toward a potential bank run.

In an official statement, the bank said: “The Governing Council of the ECB will hold a meeting in due course to discuss the situation. The ECB is closely monitoring developments.”

The ECB has kept Greek banks afloat since February through so-called Emergency Liquidity Assistance (ELA), which has recently been extended day by day.

Greece, given the dire state of its finances, has no access to the financial markets and is solely dependent on its banks for financing.

But the banks, in turn, cannot fund themselves via the ECB’s normal refinancing operations, because they are barred from using junk-status Greek governments bonds as collateral.

Draghi has always insisted that ELA can only be granted under strict rules: the existence of an aid programme, and the solvency of banks.

Neither condition was a given by Saturday, as the EU-IMF aid programme was set to expire and banks are exposed to massive withdrawals, seriously endangering their solvency.

The expected telephone conference would bring together the 25-member Governing Council — the six members of the Executive Board and the 19 central bank governors of the eurozone.

Any decision to cut off ELA requires a two-thirds majority in the Governing Council.

Some board members have been notoriously opposed to granting ELA loans even before things took a turn for the worse, among them German Bundesbank chief Jens Weidmann.

Weidmann said on Thursday that ELA for Greece raises “serious” concerns over monetary financing of governments, which is illegal under EU law.

If they cut funding to Greek banks, the ECB board will have to think hard about managing the consequences of an almost inevitable exit of Greece from the eurozone.

To avoid European borrowing rates shooting up, the ECB could, for example, beef up its carefully calibrated “quantitative easing” programme of bond purchases.

It could also launch a programme to purchase government debt, a measure never used so far, called “Outright Monetary Transactions”, or OMT.

This programme, the mere announcement of which in 2012 calmed markets as the eurozone crisis flared, has just been validated by the European Court of Justice.