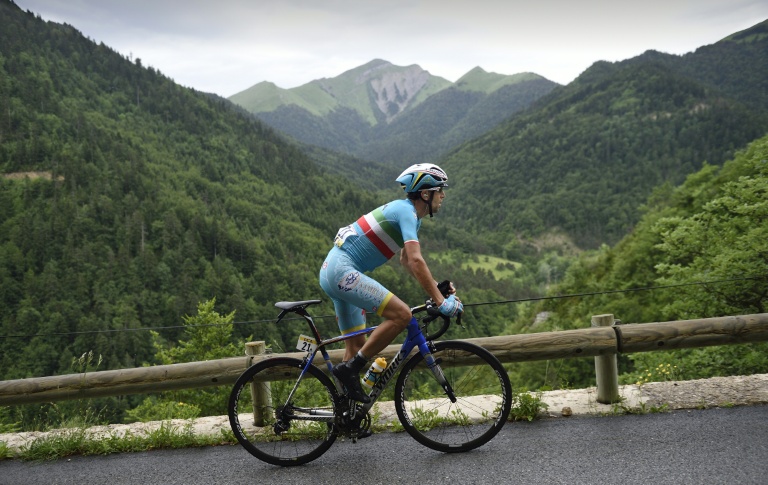 A year ago Vincenzo Nibali was very much the third man but the defending champion will begin the Tour de France this year with a far greater reputation.

Twelve months ago, everyone knew about Nibali’s ability and potential, after all he had won the Giro d’Italia the year before and was Vuelta a Espana winner in 2010.

He had also shown great ability on his previous two Tour participations, finishing sixth in 2009 and third in 2012.

But he was still largely viewed as the third option behind the two outright favourites, then-defending champion Chris Froome and twice former winner Alberto Contador.

Yet even before that pair crashed out of the race, Nibali had stamped his authority on the Grand Boucle and laid down a marker that looked tough to surpass.

Right from the off, Nibali had shown both tactical acumen and brazen daring as he sought to win cycling’s greatest prize.

On the second stage to Sheffield in northern England, the Sicilian attacked on a fast descent, taking his rivals by surprise but also showing the strength to hold onto his advantage over an elite chasing pack to win by two seconds.

The margin was small but it spoke volumes of the Astana leader’s ambition and confidence.

Lo Squalo (“The Shark”) would strike an even more impressive blow three days later on the cobbled stage from Ypres to Arenberg.

While Froome crashed out before even reaching the cobbles, and Contador looked tentative on a cold, wet, blustery day, Nibali forced the pace up front in the slipstream of Danish teammate Jakob Fuglsang and put at least 2min 30sec into all of his major rivals.

He even left cobbled specialists like Fabian Cancellara more than a minute down the road.

Thereafter there was only one minor skirmish — in which Nibali lost only three seconds to Contador — before the Spaniard crashed out on stage 10, the first truly mountainous one, where the Italian won and showed all his rivals that he would not be easily beaten.

From then on he contented himself with proving to be the best climber, putting time into his rivals on every summit finish.

That’s likely to be a much harder task this time around, as long as Froome, Contador and Nairo Quintana are still around.

But what makes Nibali stand out is his ability to tear down mountain sides at breakneck speeds, as well as his willingness to attack from anywhere.

He demonstrated that at June’s Criterium du Dauphine when he initiated an attack some 110km from the finish of a lumpy 183km stage.

There was no particularly taxing uphill finish but Nibali managed to take some strong riders with him — former world champion Rui Costa, former Vuelta champion Alejandro Valverde and timetrial specialist Tony Martin — and they put time into the likes of Froome, American Teejay Van Garderen and young Frenchman Romain Bardet.

Nibali was not yet in peak form and lost time in the next two days’ summit finishes but he will be in tip-top nick once the Tour begins.

His X-factor is both his ability to drop rivals on fast and technical descents, as well as the flair he shows in taking unexpected opportunities when they present themselves.

Question marks may remain as to whether or not he can match Contador, Froome and Quintana over all the tough mountain stages but more than any of the others, he has the ability to make up time elsewhere.

His only Achilles heel, it would seem, is his controversial Astana team, who almost had their World Tour licence revoked earlier this year and are struggling to shed a tarnished image after a series of doping scandals.