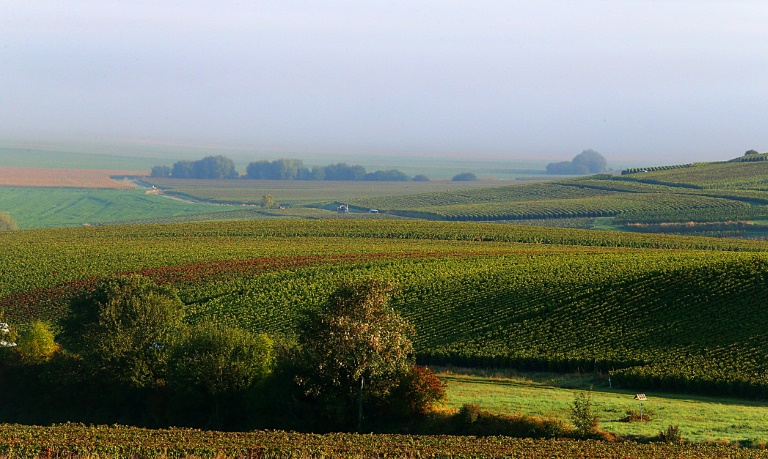 The legendary Alamo battleground and the vineyards that produce France’s beloved champagne are among the sites likely to get World Heritage status at a UNESCO meeting starting Sunday.

At least 36 natural and cultural sites, including a disputed bid from Japan, are vying to get the United Nations cultural body’s prestigious distinction and add their names to the more than 1,000-strong list.

The 39th committee session of the UN Educational, Scientific and Cultural Organisation (UNESCO) will take place in the western German city of Bonn from June 28-July 8.

Inclusion on its vaunted list can bring major economic benefits, as a World Heritage site is eligible for financial assistance towards preservation and the status is also a powerful tourist draw.

The Paris-based institution has seen applications soar “as the notion of heritage has evolved”, said Alessandro Balsamo, head of the selection committee.

“We’ve gone from an iconic, monumental idea of heritage toward a more open definition,” he said, noting that the UNESCO list had also started to include “cultural landscapes” such as Italy’s Piedmont wine country.

France is trying to list the “slopes, houses and cellars” of its own Champagne region, home to its renowned bubbly, as well as the vineyards of Burgundy.

The United States is hoping to see Texas’ San Antonio Missions, the ruins of Spanish outposts established by Catholic religious orders, placed on the register.

The site includes the Alamo fort, where in 1836 some 180 Texans fighting for independence from Mexico fought to the death against Mexican General Santa Anna’s army of several thousand soldiers.

Japan, meanwhile, has touched off a diplomatic spat with its bid.

It aims to have 23 sites representative of its industrial revolution under Emperor Meiji (1868-1910) registered.

However South Korea and China say that seven of the places became centres for deportation and forced labour during their respective Japanese occupations.

Seoul has said it would not block the Japanese bid if Tokyo owns up to the history of the sites. However Beijing opposes what the official Xinhua news agency calls a “whitewashing” of Tokyo’s militaristic past.

Of the 36 sites applying for UNESCO distinction, five are industrial in character.

The selection committee consists of representatives from 21 countries elected for six years.

Beyond the Japanese application, Uruguay has submitted its Fray Bentos cultural industrial landscape where its famous beef industry grew up around the establishment of a salt meat factory in 1859.

Norway is pushing Rjukan-Notodden, a site set among mountains and waterfalls since the beginning of the 20th century for the production of chemical fertiliser.

Britain is cheering for its iconic railway Forth Bridge which spans the Firth of Forth in eastern Scotland, while Germany has put forward the port warehouse district in its northern city of Hamburg.

More traditional hopefuls include Turkey’s Ephesus, the ancient Greek-Roman city once home to the now-destroyed Temple of Artemis, the Padre Tembleque aqueduct in Mexico and one of Iran’s main historical sites, the ancient Elamite capital of Susa.

Winning a spot on the UNESCO World Heritage list, which currently boasts 1,007 sites in 161 countries, can help unlock financial support for conservation.

The committee will also revise its List of World Heritage in Danger, which today stands at 46, and could see the addition of historic gems in quake-devastated Kathmandu.

Another entry to the list could also be the fortress city Hatra in Iraq, which is more than 2,000 years old and where treasures from Syria at risk due to the conflict and advance of Islamic State jihadists have been stored.

On Monday, on the margins of the committee’s considerations, UNESCO will launch a campaign to save heritage threatened by extremists.