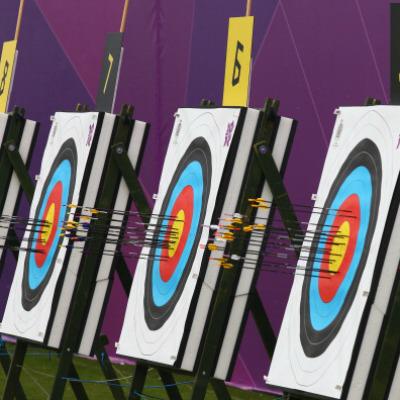 Mumbai:Â Six archers, all aged below 12, entered the Indian Book of Records and Asia Book of Records by pulling off spectacular performance at a mixedÂ team event held at Cherukuri VolgaÂ ArcheryÂ Academy today.

While archers Dolly Shivani and Nischal jointly scored 110 points, Shivani and Virat Sai scored 85 and the duo of Shivani and Datta Sai 90.

Chief Editor of the India Book of Records Viswaroop Roy Chowdary attended the event as observer.

He said names of the archers would be entered in both the books of records.

In another group event, 39 archers in a record time of 30 minutes released 430 arrows to a distance of 15 metres. The event was also recorded in both the books of records.Â