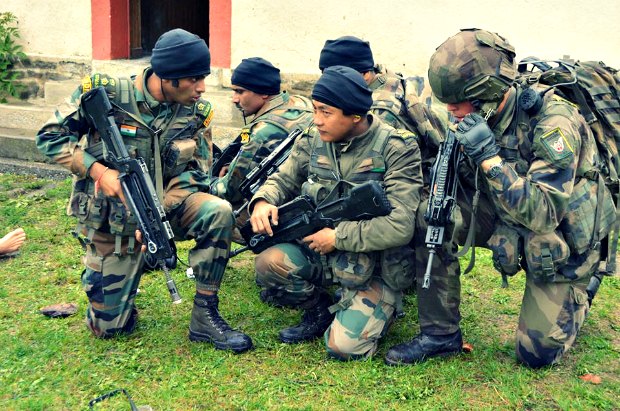 Shillong: In a joint operation launched by the Indian Army and the Meghalaya Police, two Achik Matgrik Elite Force (AMEF) terrorists were killed on Sunday morning in the North Garo Hills.

According to reports, the security forces recovered two pistols, two fired cases and a bag from the killed terrorists.

After receiving specific intelligence inputs, team laid an ambush and killed the 2 AMEF ultras at 4.45 am, 4 kms inside Meghalaya on Assam-Meghalaya Border.

One of the terrorists has been identified as Jimmy alias Laknu. He is one of the most wanted terrorists and was responsible for laying ambushes on Meghalaya Police.

Last month, deep inside Myanmar, the Indian Army killed at least 20 terrorists belonging to Northeast insurgent groups who had ambushed a convoy of 6 Dogra Regiment in Chandel district of Manipur on June 4.