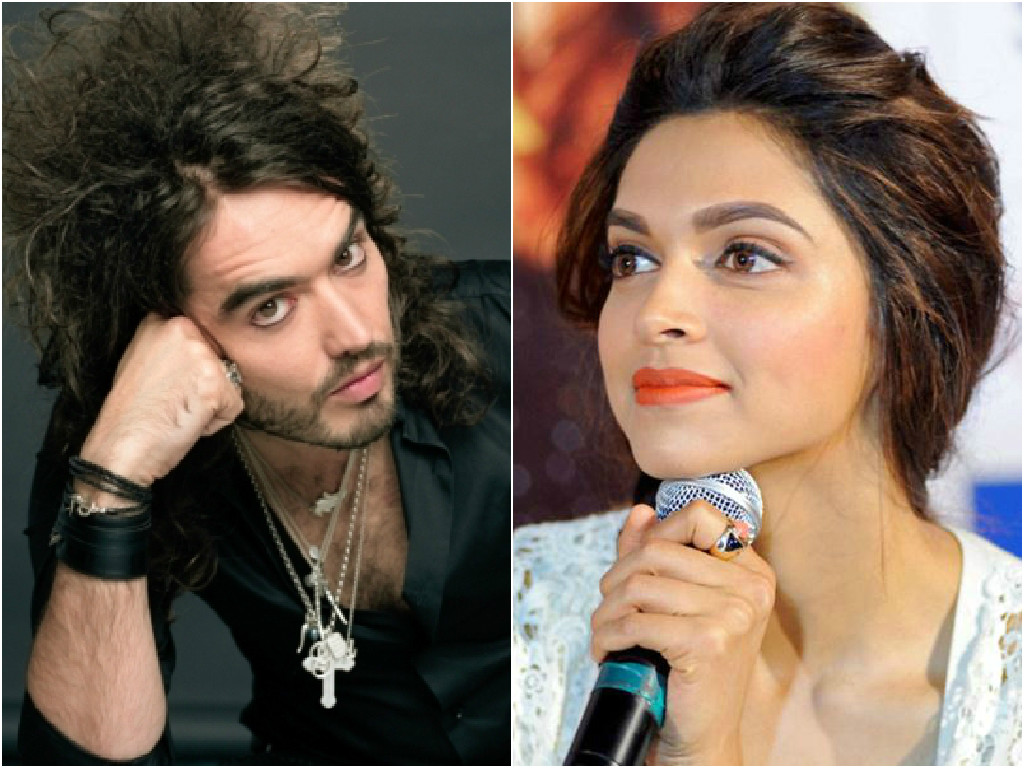 New Delhi: British comedian Russell Brand, who performed in India for the first time at the 2015 Comedy Central Chuckle Festival, said he can “fall in love with and marry” actress Deepika Padukone during his stay here.

Best known for his satirical pieces, whimsy and observational jokes, Brand, 40, began his setÂ on FridayÂ night by taking a pot-shot at his short-lived marriage to pop star Katy Perry.

The couple had a lavish wedding in Rajasthan in 2010 but divorced 14 months later.

“I have never performed in India, unless you call my marriage as a performance… In fact, there are a lot of Bollywood films that last longer than my marriage,” Brand joked as he began his performance with a “Namaste”.

Bollywood featured in many of his jokes and at one point, he expressed a desire to be like Salman and Shah Rukh Khan.

“The person I could potentially fall in love with and marry while I am in India, Deepika Padukone. She is popular. If by the end of the night I am not arrested or censored, we are going to look and see if I can perhaps seduce Deepika Padukone. If anyone has her phone number, let me know, we can ring her in the course of the evening,” he said.

Talking about the traffic, the comedian, who has been to the country thrice, joked that people in India are more civilised when they are inside an auditorium than on the road.

“You people honk so much… as if devastation is coming. You are better when in an auditorium than on the road.”

Brand will be performing in Bengaluru next on June 27 and then in Mumbai onÂ June 28.