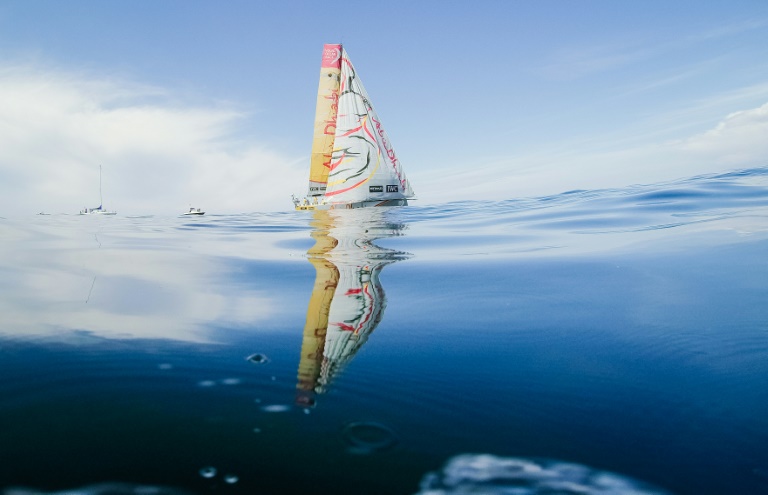 Briton Ian Walker aims to complete a rare Volvo Ocean Race double on Saturday in the final in-port race of the 10-part series.

His team are also six points ahead in the in-port series that has been held in the 10 ports hosting the triennial event since it started in Alicante, Spain, on October 4 last year.

Anything other than a failure to finish or last place in the seven-strong fleet coupled with a victory for closest rivals, Team Brunel (Netherlands), in Saturday’s Gothenburg race will see the Emirati-backed crew over the line as in-port champions.

Brunel were also second to Abu Dhabi in the offshore race.

The offshore and in-port double is not unique in Volvo Ocean Race history â€“- Mike Sanderson’s ABN AMRO ONE achieved it in 2005-06 â€“- but victory would be another major feather in the cap for a region which only entered the 41-year-old event for the first time in 2011-12 under the Abu Dhabi flag.

Walker, 45, typically, was taking nothing for granted in the nine-month race’s final press conference on Friday.

“We try to win everything we do,” he said. “Basically, we just have to make sure we don’t finish last.

“But it’s a pretty tight race course and there’s plenty of trouble out there if you’re not careful.”

Team Brunel skipper Bouwe Bekking, 52, could be forgiven for being sick of the sight of Abu Dhabi Ocean Racing’s stern after trying to catch it over 38,739 nautical miles and nine offshore legs.

However, he has not totally given up hope of an upset result that will rely on his opponents slipping up uncharacteristically badly.

“We will fight for it and we still have a slight chance,” he told reporters. “It would certainly be nice to win that trophy.”

The race, which concludes the triennial event, will also resolve some unfinished business in the overall competition as a tie-breaker.

Team Alvimedica’s ninth leg win in Gothenburg from Lorient, via a pit-stop in The Hague last week, drew them level with MAPFRE (Spain) on 34 points in joint fourth place overall.

The American/Turkish team of Charlie Enright currently stand two points ahead of the Spanish crew but that advantage could easily be swept away on a tight, challenging Gothenburg course.

The action will start at 1400 local time (1200 GMT) and so far the forecasters are predicting strong enough winds to offer the prospect of a fitting finale to a memorable and extraordinarily close-run event all round.