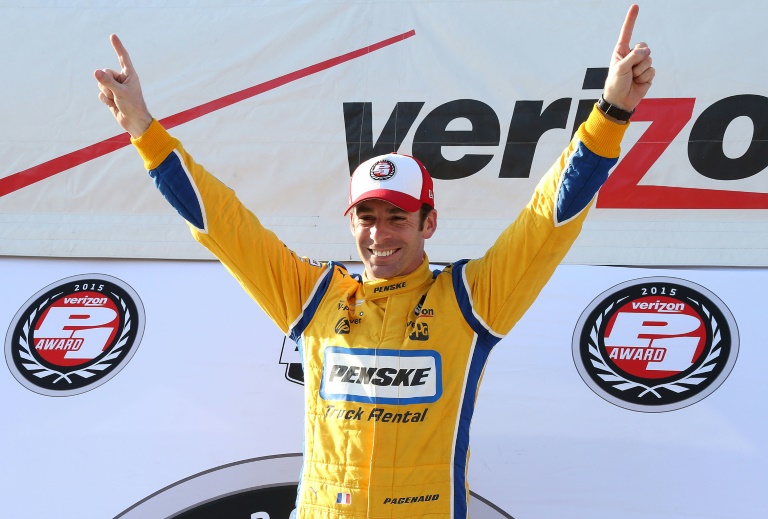 Simon Pagenaud captured the pole position while his teammate, Helio Castroneves, qualified second to give Team Penske a sweep of the front starting row for Saturday’s IndyCar Series race at Auto Club Speedway.

Pagenaud, who is in his first season with Penske, driving a new fourth entry for the team, earned the top starting position for the 500-mile race with a two-lap average speed of 218.952 mph during qualifying on Friday in Fontana.

Castroneves, who won the pole for this race last year, had a two-lap average of 218.734 mph. They were the only drivers who surpassed the 218 mph mark.

It is the fifth straight race in which Team Penske entries have occupied the front row.