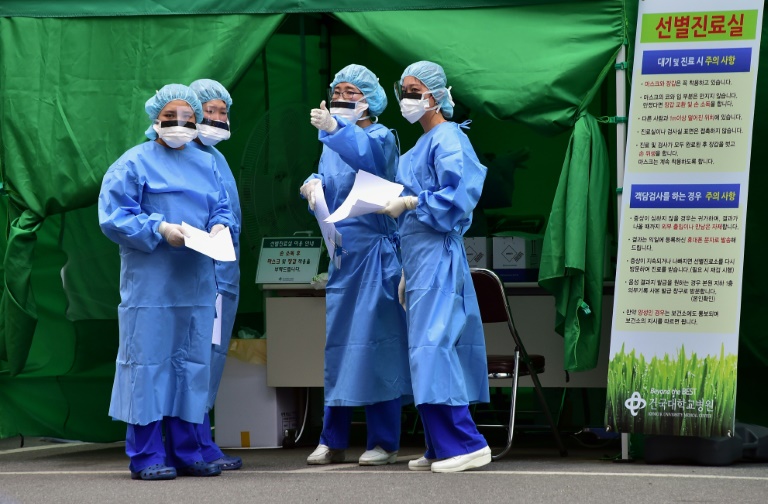 South Korea on Saturday said it was closely monitoring a hospital in eastern Seoul over fears that hundreds of people there may have been exposed to the deadly MERS virus.

A 70-year-old woman who caught Middle East Respiratory Syndrome while visiting an infected relative in a different hospital was feared to have spread the virus to the new site.

“We are focusing our efforts in tracing contacts and isolating people who came close to this patient”, a senior health ministry official told journalists on Saturday.

The woman died on June 25, two days after she was diagnosed, but due to the virus’s 14-day incubation period, anyone she infected may only start showing symptoms in the coming days.

The official said it was too early to say whether the outbreak may be on the wane, given that new cases are expected at the new site.

“We would be able to talk about any trend of the outbreak only after watching the development at the hospital”, he said.

The comments came as the country reported one additional MERS case, bringing the total number of confirmed cases to 182 in the largest outbreak of the deadly virus outside Saudi Arabia.

However, no additional fatalities were reported over the past 24 hours, with the death toll standing at 31, the health ministry said.

The latest case involved a 27-year-old nurse at a hospital in eastern Seoul who was believed to have been infected while treating a patient.

She is the fifth confirmed case at the hospital, where more than 100 patients who were exposed to the virus while undergoing dialysis have been isolated since June 18.

Of the 182 confirmed cases, 90 people have recovered, 31 have died and 61 others are still being treated — 13 of whom are listed in a critical condition.

Most of the deceased had pre-existing medical conditions, according to the health ministry.

Meanwhile in Hong Kong, images on local media showed people wearing hazmat suits at a major subway station cleaning the escalators and mopping the floors after a 17-year-old Korean man with a fever sought medical care at a clinic in the station.

The city’s health minister said the man was being tested for MERS.

“Today there is a patient, he is a young Korean male and came to Hong Kong from the US passing through South Korea. He’s been in Hong Kong for around 10 days but today he had a fever,” the city’s health minister Ko Wing-man told reporters.

The city has not reported any cases of MERS, though multiple people have been tested for the virus.

The area outside the clinic in the station was cordoned off and the man has since been isolated in hospital.