Home Sports Sharapova on the mend in time for Wimbledon 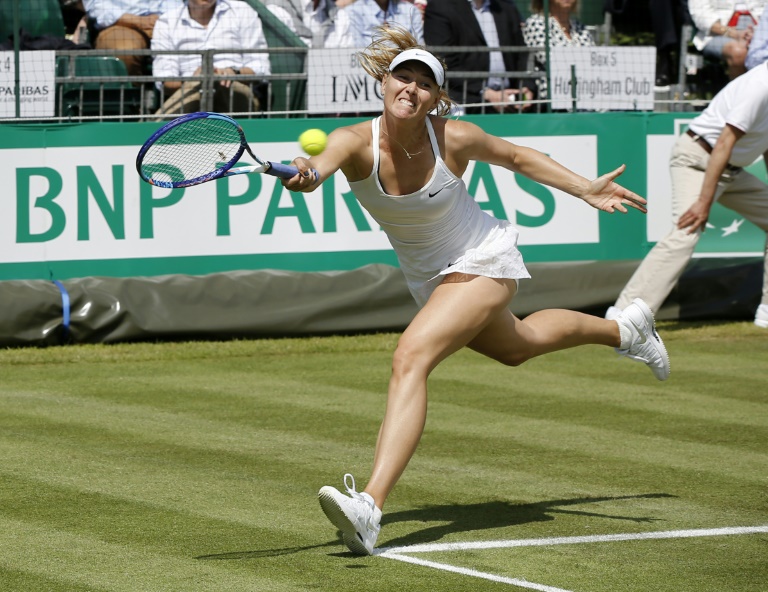 Maria Sharapova claims she is back to full fitness just in time for Wimbledon after suffering a health scare in the build-up to the Grand Slam.

Sharapova flew home to California for tests on the ‘flu that proved impossible to shake off during the French Open and ruined her defence of the Roland Garros crown.

The 28-year-old Russian crashed out in the fourth round in Paris as she battled an illness that left her struggling to catch her breath between coughing fits.

On numerous occasions during her 7-6, 6-4 defeat against Lucie Safarova, Sharapova was seen blowing her nose on court and, when the heavy cold still hadn’t cleared after her exit, she decided to get checked out before being given the all-clear by doctors.

“I was hoping I could play a warm-up tournament leading up to Wimbledon. But due to the circumstances, the way I was feeling, actually I had to go back home and do some tests, run through all that,” the five-time Grand Slam champion told reporters at the All England Club on Saturday.

“I think you guys saw how I was (in Paris). I was going through it and I was trying to kind of battle every symptom that I had for a week or so during the French Open, and a few days before.

“I’m much better now, thankfully. It was great to be able to be on the court and not have to cough or blow my nose a hundred times and all those things.

Although her faltering health stopped the world number four from playing in a Wimbledon warm-up event, Sharapova is still confident of making a run at her first All England Club title since winning there as a teenager in 2004.

“It took a little while for me to really refresh and recover and give myself just a chance to feel good again and get back to work,” added Sharapova, who last made the Wimbledon final in 2011 and opens her latest challenge against British wildcard Johanna Konta.

“I planned on going to Florida. But then I needed to do a few things back in California for my health.

“Then I just came here as soon as I got the green light to start the training. It’s been a really good 10 days. To finally have that energy, I think that’s quite important as an athlete.