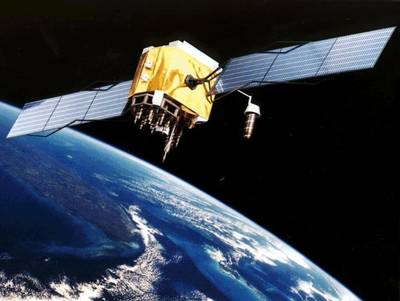 Speaking on the sidelines of IISC Alumni Global Conference 2015 ‘Science for Society’, Kumar said “….meeting has taken place (with SAARC countries), MEA is coordinating this. The satellite will have twelve ‘Ku’ transponders,” he added.

Prime Minister Narendra Modi had in June last year asked ISRO to develop a SAARC satellite which can be dedicated as a “gift” to the neighbouring countries to help them in areas such as tele-medicine, weather forecasting and communication.

Modi made an announcement on India’s decision to develop the satellite at the SAARC summit in Kathmandu last November.

On Monday, deliberations were held with experts from other SAARC countries to finalise modalities for developing a satellite exclusively for the regional grouping.

Speaking about the meeting, Kumar said “It was a very good meeting, we had five representatives from each of the seven countries other than India…So it was an extremely good meeting where all participants were made aware of what can be done with the SAARC satellite, so all went back quite happy.”

“Pakistan also came, in fact they came in the larger number than the rest. We had invited five from each country- about nine of them had come. They also participated,” he said.

Kumar said, “It will be a communication satellite and will provide them opportunity to make use of the transponder for their own use, whether it is education, tele-medicine or disaster monitoring.”

“Plus there will be a capability to interconnect all these eight countries like hot contact for the political level, MEA interconnection, disaster monitoring constellation, connectivity for all eight countries and also in terms of meteorological data decimination…,” he added.

SAARC counties have began to think on having a SAARC Consortium for future space programme for the benefit of the region on the lines of the European Consortium.

On progress made regarding NASA-ISRO Synthetic Aperture Radar (NISAR), Kumar said “NISAR is a launch for 2021, committee meetings are going to take place again in July.

Some team is going to the US for further discussion. So it is going on as per plan.”

To a question on date for the launch of ASTROSAT, the first dedicated Indian astronomy mission aimed at studying distant celestial objects, he said “it will be in September.