Now you might have to pay for your hand luggage, too! | Newsmobile
Wednesday, August 10, 2022

Home Business Now you might have to pay for your hand luggage, too! 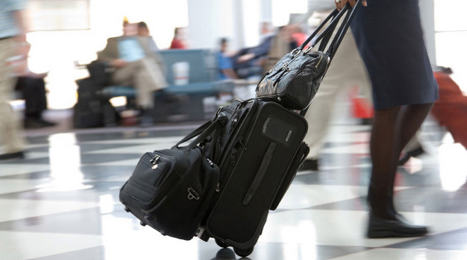 Travelling light might soon prove to be one of the best decisions of yours while flying in domestic.

Shocked? Well, allow me to clear this.

Passengers on domestic flights may soon have to pay extra for check-in baggage and those who choose not to carry such luggage will be rewarded for travelling light.

The Directorate General of Civil Aviation (DGCA) is considering a proposal to allow airlines to charge for cabin baggage. Consumers who choose not to carry such baggage will be rewarded for travelling light in the form of an incentive scheme, or â€˜zero baggage fareâ€™, according to broad guidelines being firmed up by airlines in consultation with the regulatory body.

The DGCA, which received an application to introduce â€˜zero baggage fareâ€™ from no-frills carriers such as IndiGo, SpiceJet and AirAsia India, has held a round of consultation with the airlines.

Most domestic airlines now let each passenger carry just 15kg of check-in baggage which was 20kg a few years ago. Most of these airlines charge for excess baggage at check-in.

The airlines have submitted a proposal to the DGCA seeking that the first baggage be charged Rs 250, second Rs 500 while the third one be charged Rs 1,500.

It may be recalled that last year DGCA had clamped down AirAsia’s no free check-in baggage policy for domestic flights in India when the airlines started its operation. AirAsia’s pre-booked baggage charges started at Rs 199 for up to 15kg with the policy that charges would keep escalating as the bags got heavier.