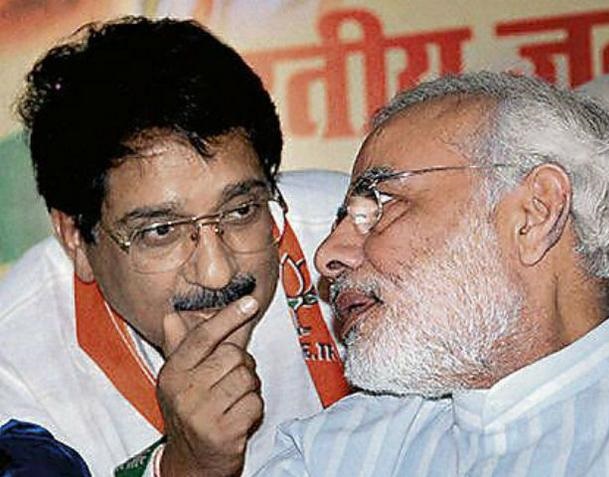 New Delhi: Things are getting gloomier by the day for the BJP. From connections with a controversial cricket administrator to fake degrees, there seems to be no signs of â€˜ache dinâ€™ for the party. Now rubbing salt to the wound is a video which has surfaced where a senior party MLA and former minister of BJP,Â Raj PurohitÂ has been caught on tape criticizing the policies introducedÂ by Prime Minister Narendra Modi.

The â€œsting operationâ€ was carried out by some unidentified persons and was aired by local channels (authenticity of which cannot be verified at the moment).

In the video, Purohit, who was minister of state in the Shiv Sena-BJP government in the state between 1995 and 1999, is shown to agree with the interviewer, whose identity is unknown, that Modi and Shah are the only ones wielding power (it is not clear if the implication is the party or the country as a whole).

He alleges that there is no democracy in the BJP. “People talk of collective leadership, but it is simply absent. This is a dangerous sign for the party.”

Elaborating on why he was not made a minister in the Devendra Fadnavis government in the state, Purohit said party legislator and prominent Mumbai builder Mangal Prabhat Lodha was to blame.

â€œLodha gave a huge amount of money to the party with the only intention that I donâ€™t become a minister,â€ he claimed.

Purohit also alleged that â€œHalf the nationâ€™s economy runs on black money â€¦ I interact with the top businessmen. They say donâ€™t interfere in every aspect. Let things proceed as they areâ€ referring to a â€œcontradictionâ€ in allowing businessmen to invest abroad, but asking them to produce PAN cards when they buy gold for more than Rs. 1 lakh.

Reacting to the sting, BJP Maharashtra president Raosaheb Danve said the party would draw a conclusion only after â€œchecking the authenticityâ€ of the tape. He would meet the leader personally and consult the party high command.

If the content of the video were to be found true, the party would act against the MLA, he said.