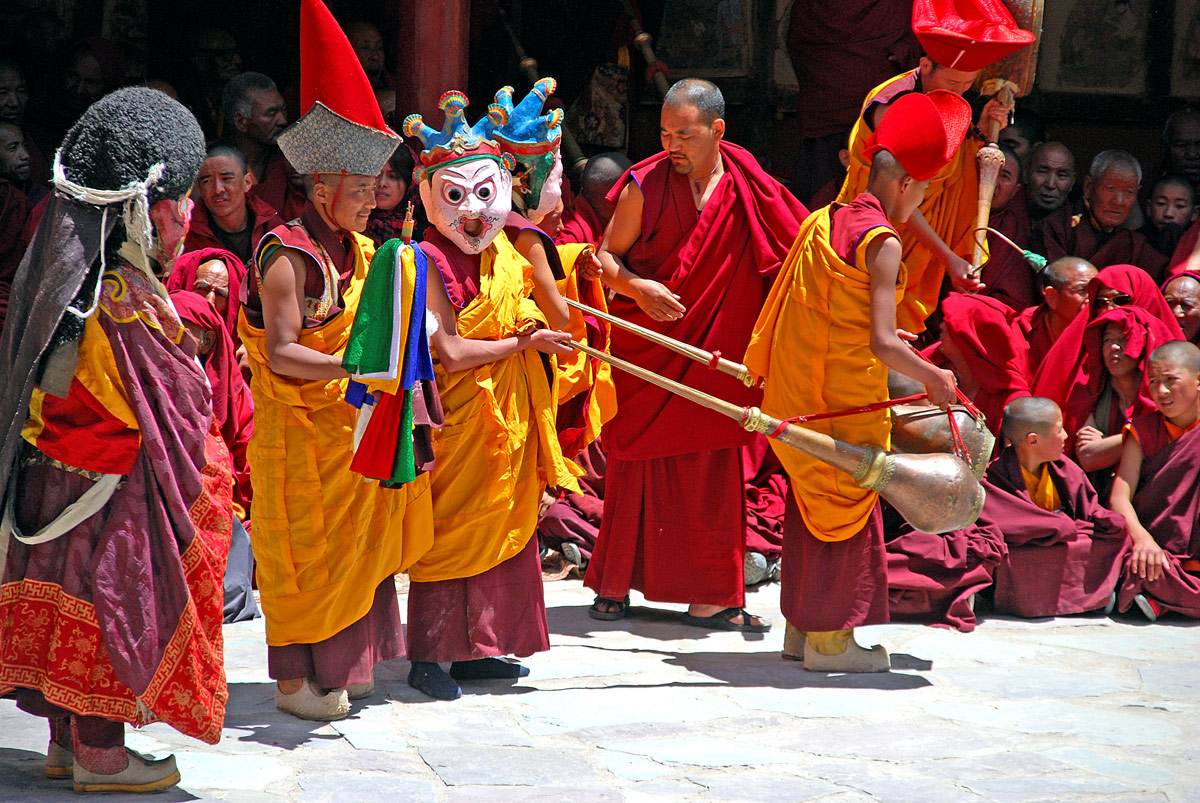 Leh: Hemis festival in Ladakh, an annual affair at the 300-year-old Buddhist monastery has been witnessing a dip in number of local visitors, while drawing in more international tourists, says Thuksey Rinpoche, who heads the monastery.

“It is true that the number of locals attending the festival has reduced, but it is becoming very popular for tourists to enjoy,” Thuksey Rinpoche, who is ranked second in the Drukpa lineage hierarchy of Tibetan Buddhism, said.

The two-day long Hemis Tsechu festival, which began on Friday, celebrates the birth anniversary of Buddhist monk Guru Padmasambhava, also known as Guru Rinpoche. He is believed to be the second Buddha and brought Vajrayana Buddhism to Bhutan and Tibet.

While attendance at the festival held at the 17th century monastery of Hemis Jangchub Choling has seen a dip, monks say the belief in Buddhism and their monks continues to remain undeterred.

“The whole of the 10th day of the Tibetan lunar calendar is considered to be a holy day. Many people come early in the morning and worship. Some of them also visit at night or late evening. Although there is no ceremony in the evening, they worship and take the blessings on this day,” Rinpoche said.

The festival, celebrated on the 10th day of the 5th month of the Tibetan Lunar calendar, is known globally for its rituals of sacred tantric dances that are believed to bring blessings of the Gods for the wellbeing of sentient beings as well as peace and prosperity in the world.