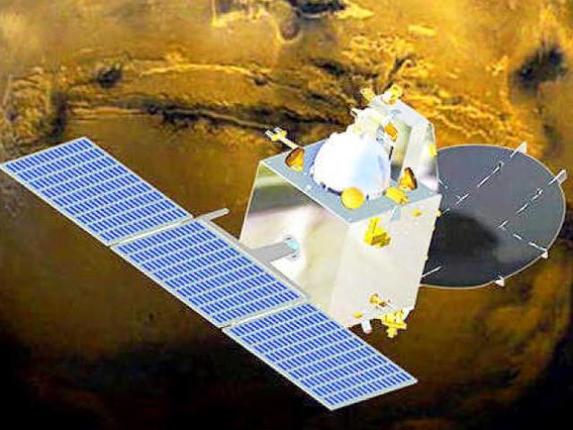 Starting on Monday, Indiaâ€™s Mars mission that is in a rendezvous with the red planet for an extended period will enter the â€œblackoutâ€ phase snapping communication with the satellite.

From June 8 to 22, the sun will block Mars from the earth snapping communication with the satellite.

MOM during this period will go into an â€œautonomous modeâ€ and will take its decisions, a senior Indian Space Research Organisation official said.

â€œThis will be for the first time that there will be a communication break for such a long period of about 15 days. There will not be any communication with the satellite,â€ he said.

Expressing confidence about regaining control over the satellite once the blackout phase is over, he said, â€œthe scenario has been tested for earlier; line of communication will be established.â€

The spacecraftâ€™s life was extended for another six months in March due to surplus fuel.

Stating that the spacecraft has been â€œconfiguredâ€ for the blackout, the ISRO official said, â€œwe are not sending any commands to the spacecraft now, till 8th (June) few hours of signals will be sent by the spacecraft-that will be for about two to three hours per day.â€

In May next year, the mission will have to go through a similar phase once again, if there is another extension of mission life when the Earth will come between the Sun and Mars.

Orbiting around Mars since September 24, 2014, the 1,340-kg spacecraft is on an extended life after completing the six-month intended lifespan on March 24 by conserving the remaining fuel (37kg) onboard.

â€œAs eclipses or blackouts are a cosmic phenomenon in the solar system, no cause for concern as the Orbiter has been put on autonomous mode in advance by sending the required commands from here to survive the eclipse phase,â€ an official said.

Admitting that it was first time when the deep space network at Baylalu, about 30 km from Bengaluru, would be out of touch with the Orbiter for such a long time, the official said the spacecraft had been equipped and programmed to undergo the transition.

â€œThough our command network will not receive or send any signal during the blackout, we will regain control over the spacecraft after it comes out of the Martian shadow to contact us again,â€ the official said.

The space agencyâ€™s track and command network centre in the city had tested the spacecraftâ€™s ability to survive a solar eclipse by simulating the conditions earlier.

â€œAs the Oribter is on a borrowed life, its longevity and ability to keep spinning around Mars at a safe distance from its hot red surface is a windfall for us,â€ the official added.

India created history by becoming the first country to enter the Mars orbit in maiden attempt after a nine-month voyage through the inter-planetary space from the Earth.

India also became the first Asian country to have entered the Mars sphere of influence (gravity) on maiden attempt, as a similar mission by China failed in 2011.

The Rs. 450-crore Mars mission was launched on November 5, 2013, on board a polar rocket from ISROâ€™s spaceport Sriharikota.

When launched, Orbiter had 855 kg fuel but consumed about 800 kg since then for its orbit-raising exercises undertaken during its nine-month journey and on entering the Martian sphere.

â€œThe five scientific instruments onboard the spacecraft (Orbiter) will continue to collect data and relay them after June 22 to our earth stations for analysis,â€ the official said.

Of the five payloads onboard, Mars Colour Camera (MCC) has been the most active, taking stunning images of the Red Planetâ€™s surface and its surroundings, including valleys, mountains, craters, clouds and dust storms.

â€œThe camera has beamed many breathtaking pictures of the Martian surface and its weather patterns such as duststorms. We have uploaded some pictures on our website (www.isro.gov.in) and our Facebook account for viewing,â€ he pointed out.

The other four instruments have been conducting various experiments to study the Martian surface, its rich mineral composition and scan its atmosphere for methane gas to know if it can support life.

â€œAs methane is an indicator of past life on Mars, the sensor is looking for its presence in the Martian orbit. If available, we will know its source in terms of biology and geology. The thermal infrared sensor will find out if the gas is from geological origin,â€ the official added.

Scientists at the mission control centre here monitor the orbital movement of the spacecraft around Mars and check health of its instruments round the clock.

Orbiter takes 3.2 earth days or 72 hours, 51 minutes and 51 seconds to go around Mars once while orbiting at a distance of 500 km nearest and over 80,000 km farthest from its red surface.