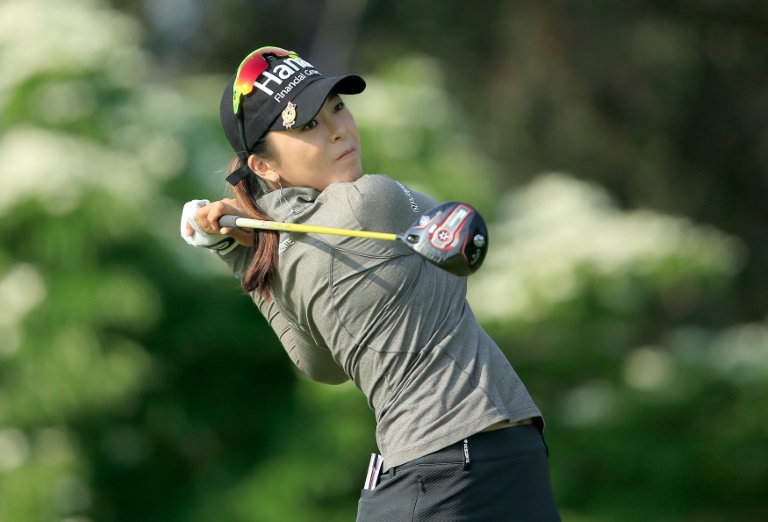 South Korea’s Hur Mi-Jung held a two-shot lead at eight-under through 14 holes when opening-round play at the LPGA Tour’s stormy NW Arkansas Championship was suspended because of darkness.

There were two separate delays Friday because of thunderstorms adding up to four hours and 12 minutes in round one, which caused play to later be called due to fading light.

The first round will resume early Saturday, while the second round is estimated to start soon after at Pinnacle Country Club.

ANA Inspiration champion Brittany Lincicome, Anna Nordqvist and Azahara Munoz all finished up their rounds at six-under 65. They are tied for second with Choi Na-Yeon, who is at six-under through 14 holes.

Ryann O’Toole shot a five-under 66 and is tied for sixth with Mariajo Uribe (through 15) and Gerina Piller (through 14).

Defending champion Stacy Lewis is at four-under through 15 holes and is tied for ninth with 10 others.