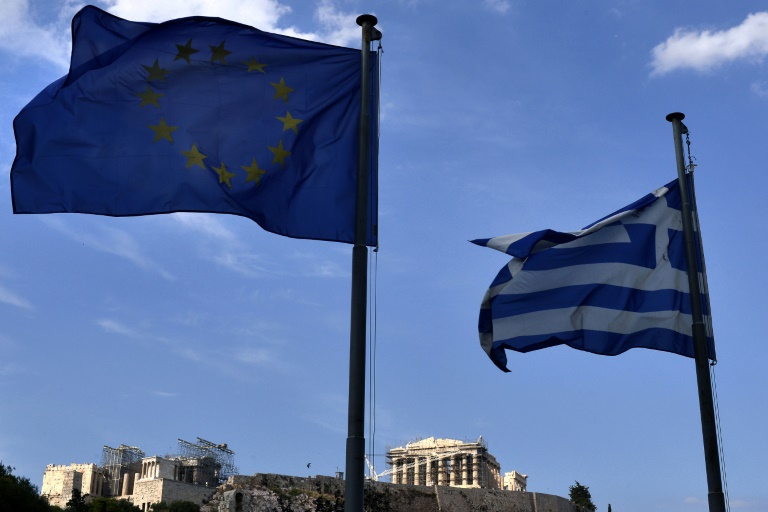 Greece’s creditors on Friday offered Athens a five-month, 12-billion-euro ($13.4-billion) extension of its bailout programme, but Athens said the offer was unacceptable.

The creditors — comprising the European Commission, the European Central Bank and the International Monetary Fund — said Greece must seal a deal this weekend to avoid an IMF default early next week.

However the Greek government argued the reforms demanded alongside the bailout extension would be recessionary and the funding insufficient.

The proposal “would require introducing deeply recessionary reforms as a condition for the funding, which is totally inadequate over the five months period,” a statement said, adding the government “cannot accept” the institutions’ proposals.

German Chancellor Angela Merkel had earlier urged Athens not to waste an “extraordinarily generous” offer that would see Greece handed vital cash until November 30 in exchange for major reforms Greece has so far resisted.

But even before his government rejected the offer, Greek Prime Minister Alexis Tsipras said he would refuse any take-it-or-leave-it offers from his EU partners — and vowed to remain true to his anti-austerity values despite the looming financial abyss.

“Europe’s principles are not based on blackmail and ultimatums,” Tsipras said after a two-day EU leaders summit dominated by the Greek debt crisis. “In these crucial hours, nobody has the right to put these principles at risk.”

Tsipras spoke after a short meeting with Merkel and French President Francois Hollande on the eve of a Eurogroup gathering of eurozone finance ministers in Brussels on Saturday.

EU sources said the ministers meeting in Brussels would also discuss a “plan B” if Greece has rejected the creditors’ offer.

The eleventh-hour offer followed a week-long series of talks to end the stand-off between the creditors and Tsipras’s leftist government, which has balked at further reforms-for-cash after five years of harsh austerity measures and six years of recession.

According to the proposals seen by AFP, the creditors are ready to quickly disburse 1.8 billion euros in financial aid to help Athens meet a 1.5 billion euro IMF debt repayment due next Tuesday, on June 30, as long as the Greek parliament approves disputed reforms.

The EU sources said creditors believe the proposals are generous and feel a little “demoralised” by the Greek reaction.

In addition, the sources ruled out having any more eurozone summits like last Monday’s, either to approve a final deal or to look at options if no agreement.

Stock markets in eurozone nations advanced Friday following the news of the offer to Greece, but the euro slid against the dollar.

In their short meeting, Tsipras told Merkel and Hollande he could not understand the creditors’ “harsh” stance and asked for leeway.

But the eurozone’s two most powerful leaders insisted that Saturday’s eurozone meeting was “crucial and decisive and that it was vital now to work towards a deal,” a source said.

An extension to Greece’s massive 240 billion-euro bailout to the end of November would be the third since December and allow more time for heavily indebted Athens to negotiate future financing from its European partners.

Jeroen Dijsselbloem, the head of the Eurogroup of eurozone finance ministers, said a deal had to be clinched on Saturday or there would be insufficient time for it to get parliamentary approval.

“Tomorrow it really has to happen, for the simple reason that it has to go through parliament, first the Greek then of several member states,” the Dutch finance minister said.

The proposal by the three European Commission, the ECB and the IMF said a “five-month extension of the current programme … would be feasible during which a total of 12 billion euros of financial support would be provided.”

An immediate 1.8 billion euro disbursement — profits from Greek bonds held by the European Central Bank — would be paid “as soon as the Greek parliament has approved with a resolution the agreement with the (creditor) institutions and adopted a first set of legislative actions.”

Later payments, including money to cover huge payments owed the ECB this summer, would come from the EU’s firefighting rescue fund, the European Stability Mechanism, as well as cash currently dedicated to support Greece’s banks.

The plan has already been sent to German parliament members who will vote on the measures if the Greek government accepts the deal on Saturday, sources said.

Greece also wants debt cut as part of a solution to the five months of bitter negotiations over the unlocking of the final 7.2 billion euro ($8.1 billion) payout from its current extension, which expires on June 30.

The stakes could not be higher.

“Every day that passes brings us closer to the inevitable … a form of chaos, of disorder,” French Finance Minister Michel Sapin said.