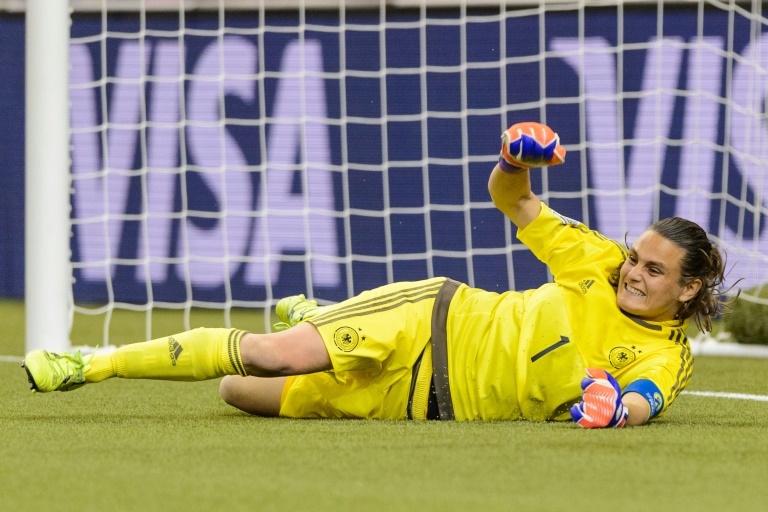 Footballing giants Germany and the United States set up a much-anticipated semi-final clash in the Women’s World Cup on Friday by beating France and China respectively.

But the world’s top two teams advanced to the final four in contrasting fashions.

Top-ranked Germany, winners in 2003 and 2007, won a dramatic penalty shoot-out 5-4 to break French hearts after the tie ended 1-1 after 120 minutes in Montreal.

The United States, champions in 1991 and 1999, overpowered China 1-0 in front of a largely American crowd of 24,000 fans at Ottawa’s Lansdowne Stadium thanks to a second half Carli Lloyd goal.

The scoreline was deceptive as the young Chinese “Steel Roses” were no match for the world’s number two ranked team.

“It was just great, the more pressure we put China under, the more they coughed the ball up,” said Lloyd, who earned her 200th cap in the game.

“We just kept our foot down on the pedal and that was just what we needed.

“We’re going to be flying in the next game.”

Although the Germans played 30 minutes more than the Americans, US coach Jill Ellis doesn’t expect that to hamper them in Tuesday’s game in Montreal.

“They’re Germans, it won’t be a disadvantage for them,” quipped Ellis.

“I don’t think it impacts the players at this level. Everyone who steps on this pitch will be committed to playing.”

The Americans shrugged off the absence of two of their key players — Megan Rapinoe and Lauren Holiday — through suspension.

“This team steps up in big moments, we didn’t have two starters on the field and everybody needed to pitch in. They did a great job,” said Ellis.

China coach Hao Wei blamed himself for their 25th consecutive defeat to the Americans who beat them in the 1999 final.

“We lost the game because of me,” he said. “These girls did their best. I didn’t do well in tactics.

“Our goal was to go to the semi-finals. We didn’t fulfill that so it’s a pity.”

Germany got past France thanks to the solid hands of goalkeeper Nadine Angerer, who cleared the final penalty of 20-year-old substitute Claire Lavogez.

France had strong support among the crowd of just under 25,000 in the largely French-speaking city of Montreal.

Louisa Necib, dubbed the “Female Zidane” of the French women’s game, could only rue a missed chance to score after just 49 seconds, before she finally nailed the opener on 64 minutes.

“We were better, we dominated and they’re going to play the semi-final,” said Necib. “It’s always the same feeling when you lose — disappointment.”

Celia Sasic levelled for Germany with a penalty six minutes from time, and in extra-time substitute Gaetane Thiney wasted a late chance to put France into the last four for the second straight time.

“We’re extremely elated, full of adrenaline right now,” said Angerer, 36, a former world player of the year, who was on Germany’s 2003 and 2007 title-winning teams.

“It was hard work. We had to fight really hard and we were rewarded.”

Germany coach Silvia Neid paid tribute to her side for getting back into the game.

“We had to run after it and France were really ahead of us in the first half. But in the second half we really fought hard.

“Our team has proven their character, they managed to flick that switch in the second half and then to get a penalty shoot-out where you have the goalie who can hold those penalties.”

Germany, who were shocked in the quarter-finals of their home tournament in 2011, live to fight for a place in their fifth final.

For the United States it will be a seventh consecutive semi-final in as many editions of the tournament.

The two teams will be meeting for a fourth time, with the winner going on to win the tournament each of the three previous times.

Champions Japan, who beat the US in a penalty shoot-out to take the title four years ago, play Australia in their quarter-final in Edmonton on Saturday, while England tackle hosts Canada in Vancouver.