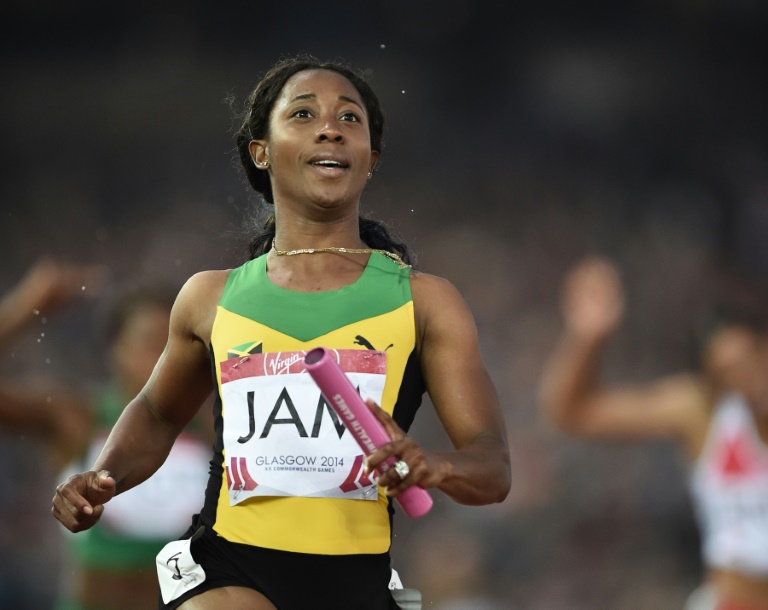 Shelly-Ann Fraser-Pryce ran a world leading time of 10.79 seconds and Asafa Powell equalled his season’s best at 9.84 seconds to win the 100 metre titles at the Jamaica national trials.

Powell lived up to expectations on Friday when he won his sixth national title and first since 2011 in a well-executed race by beating Nickel Ashmeade (9.91 seconds) and Kemar Bailey-Cole who took third in 9.97 seconds.

Fraser-Pryce qualifies for the Beijing World Championships in August via a bye because she is the defending champ. That means fourth place Sherone Simpson (11.14 seconds) will join the top three at the Worlds.

“I thought I executed very well tonight,” Fraser-Pryce said. “The field was good as usual. I had already qualified so it was more about executing a good race and the fact that I had missed a few races because of my hamstring. I just wanted to come out and put a solid race together.”

Known for her bullet starts, she said she was pleased with how she got out of the blocks.

“I was comfortable with my start, this was the best one in years but there is still work to be done, it is still June and the World Championships is all the way in August.”

Powell, who had cruised to a 10.04 second in the semi-finals, took charge of the finals midway in the race and powered away from the field much to the delight of several thousand cheering fans.

He will run faster he said, once he gets both halves of the race together.

Meanwhile, Annsert Whyte who took up the 400m hurdles after failing to make any progress in the 400m and 21-year-old Janieve Russell were both first-time national senior champions in the intermediate hurdles.

Russell, third in the Commonwealth Games last year, was not pleased with her time of 55.10 seconds but was happy to be a national champion and heading to the World Championships.