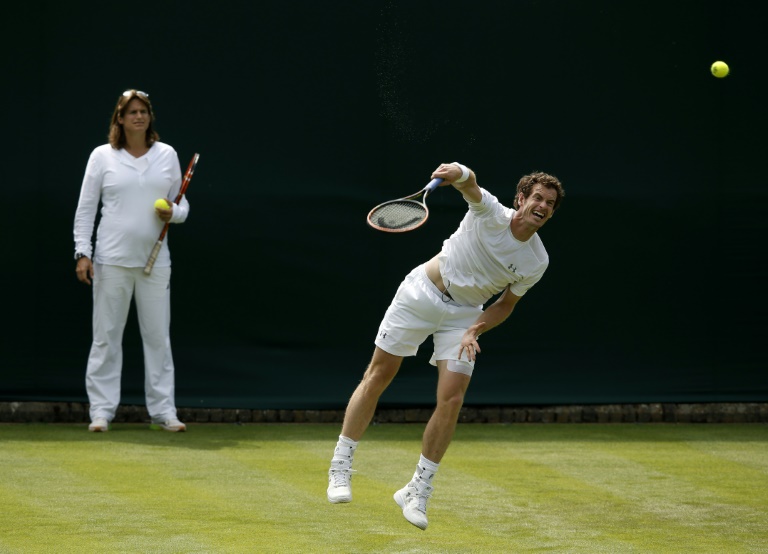 Former Wimbledon champion Andy Murray admits the influence of two of the most important women in his life has played a major role in his renaissance this year.

Just eight months ago, Murray’s morale was at an all-time low after a troubled campaign ended with a humiliating 6-0, 6-1 defeat against Roger Federer in the ATP World Tour Finals.

It had already been a stressful year for the 28-year-old Scot, who had endured the frustrations of an unexpected split with coach Ivan Lendl, a longer than expected recovery from back surgery and his failure to successfully defend the Wimbledon title.

But rather than let those troubles affect his preparations for 2015, Murray was able to draw strength from French coach Amelie Mauresmo and his wife Kim.

The more compassionate and understanding approach taken by Mauresmo has been especially important for the world number four, who sometimes found it hard to express his inner feelings to the notoriously stern Lendl.

“In the 12 months that I’ve been with Amelie, I feel like I’ve come through some difficult moments,” Murray told reporters at Wimbledon on Saturday.

“Last year there were a lot of people doubting me. I had an extremely tough loss at the end of last year and she was one of the people that stuck by me and supported me.

“I’m glad that I’ve been able to repay her faith in me with some good tennis this year.

“Obviously she’s a very different character to some of the coaches that I’ve had in the past. I’ve really enjoyed working with her.

“Also, me and Kim have been together like 10 years now.

Since marrying Kim in April, Murray has been in the form of his life — winning his first ever clay-court titles in Madrid and Munich, then following a run to the French Open semi-finals by claiming a record-equalling fourth crown at Queen’s Club.

That success at the Wimbledon warm-up event has raised hopes Murray can emulate his historic 2013 triumph at the grass-court Grand Slam and he has been boosted by the heavily pregnant Mauresmo’s return to his coaching team this week after she briefly handed the reigns to deputy Jonas Bjorkman.

If Murray, who was coached by his mother Judy early in his career, can reclaim the trophy it would be more evidence he was right to hire Mauresmo, whose appointment raised eyebrows across the sport given the scarcity of top male players coached by women.

“I think there’s a lot of things that go into kind of self confidence or self esteem, whatever you want to call it,” said Murray, who begins his Wimbledon challenge against Kazakh world number 58 Mikhail Kukushkin.

“Amelie’s obviously clearly had an influence on that. Other members of my team have also influenced that. Winning tennis matches always helps.

I think in any sport, winning gives you confidence. You know, this year I’ve won a lot of matches — more than I ever have in my career to this point in a season.

“It’s been a good start this year. I hope I can keep it up.”