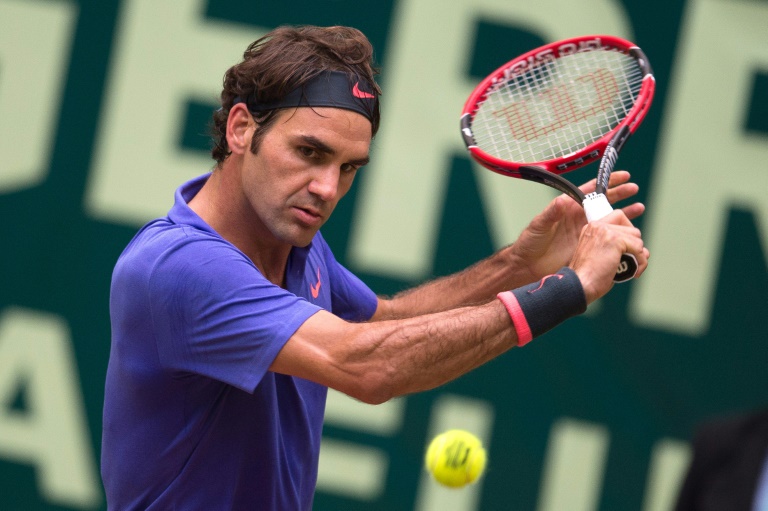 Roger Federer says he is in the pefect condition to win Wimbledon for a record eighth time as the Swiss great bids to avenge last year’s “heart-breaking” final defeat.

Federer’s last appearance at the All England Club 12 months ago ended in the despair of a five-set loss against Novak Djokovic that left him shedding tears during the post-match presentations.

The distraught seven-time champion was so overcome by emotion that Prince William and his wife Kate, who were the All England Club’s guests of honour, stopped to console Federer when he passed them on his way back to the Centre Court locker room.

But Federer is adamant he has moved on from that painful day and he returns to his favourite Grand Slam determined to finally surpass Pete Sampras and William Renshaw as Wimbledon’s most successful male singles champion.

“If I look at last year, I see more the positives than actually the heart-breaking loss in the final,” Federer told reporters at the All England Club on Saturday.

“I didn’t expect myself to right away make the final. To be honest, I was still somewhat on the way back (from injury). But things went faster than I thought they would.

“It goes to show that last year, I wasn’t playing great and I made the finals.

“Whereas now I feel my game is better. I can really aim for Wimbledon this year. I feel like I see a big picture more now.”

Federer, who starts his 17th All England Club campaign with a first-round tie against Bosnia’s Damir Dzumhur, arrives in south-west London back up to second in the world rankings and in confident mood after winning the Wimbledon warm-up event at Halle for the eighth time last week.

Even so, he has only won one Grand Slam in his last 18 attempts — at Wimbledon in 2012 — and the bookmakers have him as third favourite for the title behind world number one Djokovic and 2013 champion Andy Murray.

The 17-time Grand Slam winner suffered an embarrassing Australian Open third-round defeat against Andreas Seppi in January and was routed in straight sets by compatriot Stan Wawrinka at the French Open recently.

Despite those setbacks, Federer will always fancy his chances on the lush lawns of Wimbledon and he believes the extra week of preparation time — due to the start of the tournament moving back by a week for the first time this year — could prove invaluable.

“It’s probably been the best preparation I’ve ever had for Wimbledon, for obvious reasons, because we have a week more on the grass,” Federer added.

“It’s changed everything, to be honest. You might think that a week is not a lot, but a week is so much for us players.

“The good thing is you can heal problems you might have carried over from the French rather than taking chances right away on grass.

“I could rest and relax and then really train and prepare properly for a change.

“I arrived two days after Halle, trained for three days and I’m off today. I can totally pace myself, which is huge in an athlete’s career and life.”

With Murray or Rafael Nadal as potential semi-final opponents, and Djokovic likely to be lying in wait in the final, Federer’s bid for one more magnificent milestone won’t come easy, but he made it clear he doesn’t fear any of his rivals.

“The game’s good. I’ve been playing well for a year now,” he added.

“Winning Halle has given me the extra confidence I guess it’s going to take me to win this title here.”