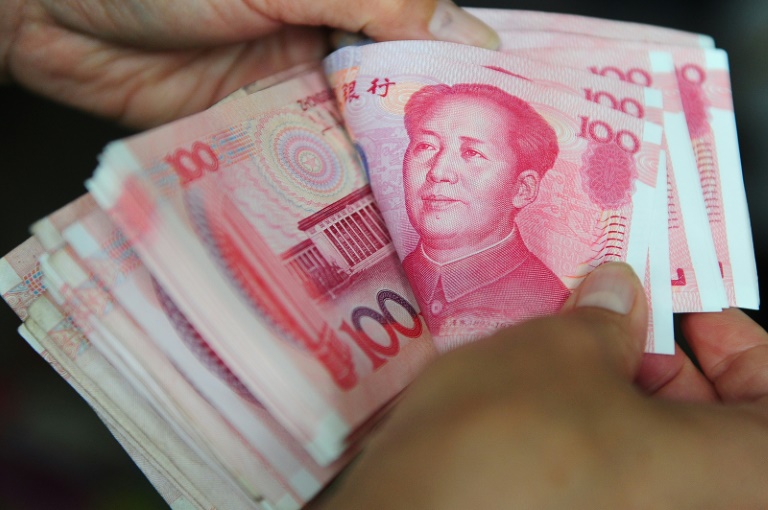 China’s central bank said Saturday it would again reduce interest rates by 25 basis points, its fourth such cut since November as it tries to boost growth.

The benchmark interest rate would be reduced to 4.85 percent and the deposit rate to 2 percent from Sunday, the People’s Bank of China (PBoC) said on its website.

The PBoC also announced that it will cut the reserve requirement ratios (RRR) by 50 basis points for commercial banks serving rural areas, agriculture and small businesses.

The PBoC has now cut interest rates four times since November and this year also reduced the amount of cash banks must keep in reserve three times, as well as using other measures to inject liquidity into the market.

The bank said the latest moves were aimed at “stabilising growth” and “to further enhance the efficiency of monetary policy to (support) economic transformations” and are similar to cuts made last month.

China’s economic growth has slowed, with gross domestic product (GDP) expanding at 7.4 percent in 2014, the lowest rate in 24 years, prompting the central bank to intervene.

The moves have had mixed success as indicators remain subdued and domestic demand low, along with a sharp decline in foreign trade and a continued contraction in manufacturing.

On Friday Chinese stocks plunged with Shanghai dropping 8.5 percent at one point, its biggest loss in eight years, as investors that had flooded the market on margin trading — borrowing cash to buy stocks — ran for the door.

“That would lead to financial instability.”

Bank lending expanded in May and the broader money supply also grew, the central bank said earlier this month, in a sign its efforts to loosen policy to boost growth were bearing fruit.

But after a slew of weak inflation and trade data earlier in June, analysts predicted further easing measures.

The country’s economy expanded 7.0 percent year-on-year in the first quarter, slumping to a post global financial crisis low, even as Beijing took steps to bolster growth.

The government has cut the annual growth target for 2015 to “approximately” seven percent.