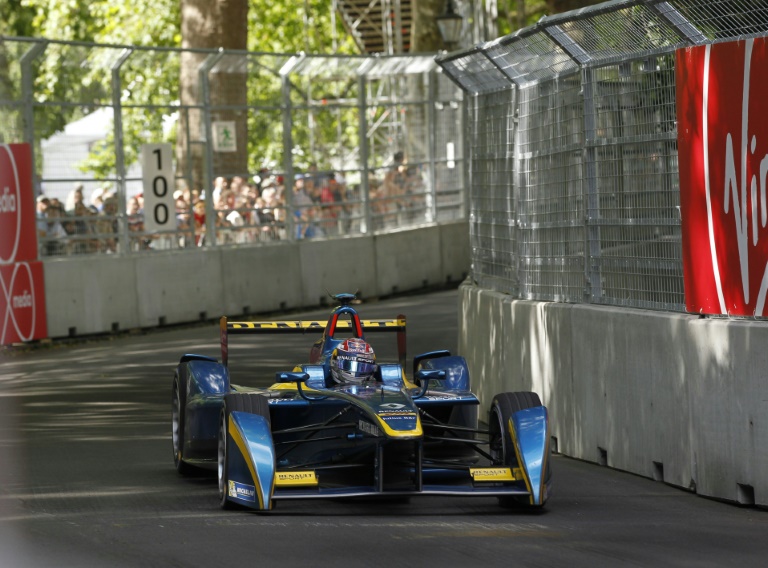 Swiss driver Sebastien Buemi led from pole position to take the chequered flag in the London FormulaE race on Saturday to close the gap at the top of the standings.

The result meant that his e.dams-Renault team have secured the team championship.

Piquet remains at the head of the championship with a five-point lead over Buemi with just Sunday’s second race in London to come in the season.

“I am happy that we won today,” said Buemi. “Now it will be necessary to look at all the data so we can do the same thing again on Sunday.”

It was Buemi’s third win of the season after Punta del Este in Uruguay and Monaco.

The partnership between Virgin and PSA’s luxury DS Brand will create a new “DS Virgin Racing” team that will compete in the second series that begins later this year.

Formula E features 100-percent electric cars competing over 11 stops, and is designed as much as a catalyst for research into new technology as a race.

“In Season 1, Formula E has delivered on its vision of creating exciting, fan-friendly racing spectacles where almost any team can win,” Branson said.

“Now I look forward to building on this in Season 2 and with our new partner DS, aiming to compete to win multiple Championships.”