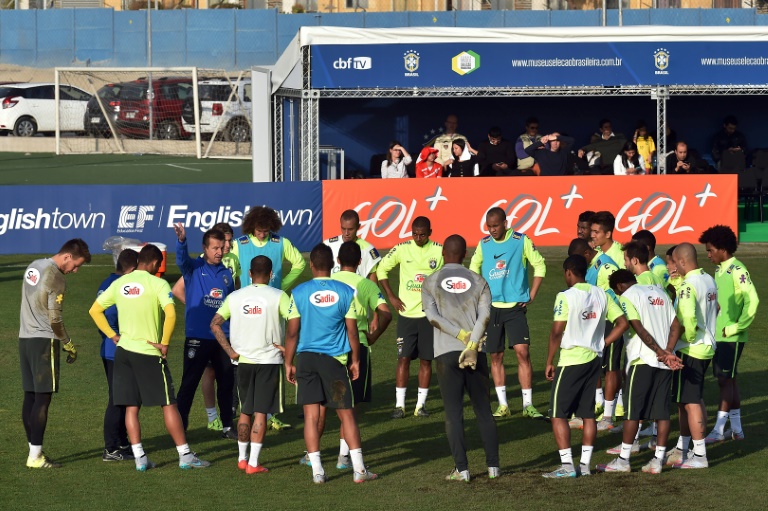 Brazil are determined that lightning will not strike twice in their Copa America quarter-final clash with Paraguay on Saturday, four years after crashing out to “La Albirroja” in the last eight.

The five-time world champions have lost only one game to Paraguay in 11 meetings at the Copa America, but that sole defeat in 2011 has left Brazil wary as they head into Saturday’s quarter-final.

For many, Paraguay’s 2015 Copa America campaign is starting to carry an ominous echo of 2011, when they reached the final in Argentina without winning a single game in normal time.

In Chile, Paraguay have been similarly obstinate, clawing their way back from 2-0 down to force a 2-2 draw with Argentina in their opening game, squeezing a narrow win over Jamaica and grinding out a 1-1 draw with Uruguay.

“Everyone remembers what happened in the Copa four years ago — Paraguay ended up in the final and we were out in the quarters,” Brazil defender Thiago Silva reflected.

“We’re not thinking about revenge, but obviously for us to be facing Paraguay again at the same stage of the competition is special.”

Brazil bowed out to Paraguay four years ago after dominating a one-sided game but failing to score.

The Brazilians then produced arguably the worst penalty shoot-out performance in their history, missing four of their spot-kicks, as Paraguay prevailed 2-0 to advance.

They later reached the final after another 0-0 draw, against Venezuela in the semi-finals, followed by victory on penalties.

Paraguay’s class of 2015 has relied on the same formula as their predecessors, combining a rugged physicality with the cutting edge of strikers Lucas Barrios and Nelson Valdez, and a formidable mental toughness.

“They haven’t lost a single game, they have real quality with some very good players,” Brazil midfielder Willian warned.

“We’re going to have to concentrate against them for 90 minutes — we cannot afford to switch off at any stage,” the Chelsea star added.

Brazil head into Saturday’s game after a rollercoaster route through the first round dominated by the dramatic, tournament-ending ban handed out to captain Neymar after defeat to Colombia in their second match.

Brazil failed to impress in a laboured win over Peru in their first match, but looked more balanced in a 2-1 victory over Venezuela on Sunday.

Attacking midfielder Roberto Firmino, who sealed a transfer to English Premier League side Liverpool this week, said Brazil had recovered from the shock of losing Neymar and were focused on the road ahead.

“Obviously we’re sad he is no longer with us, but our objective has not changed, and that is to win every match,” Firmino said.

“The match against Paraguay is going to be very hard, and tight.”

With Neymar absent, Brazil coach Dunga is likely to hand a starting place to veteran striker Robinho, who impressed against Venezuela before fading.

“Brazil are the favourites but we will have a chance if we play a perfect match,” the Flamengo player said.

“We can’t give them any space. Our mental superiority could make the difference.”