Home Sports 2015 Ashes triumph would be pinnacle for Cook 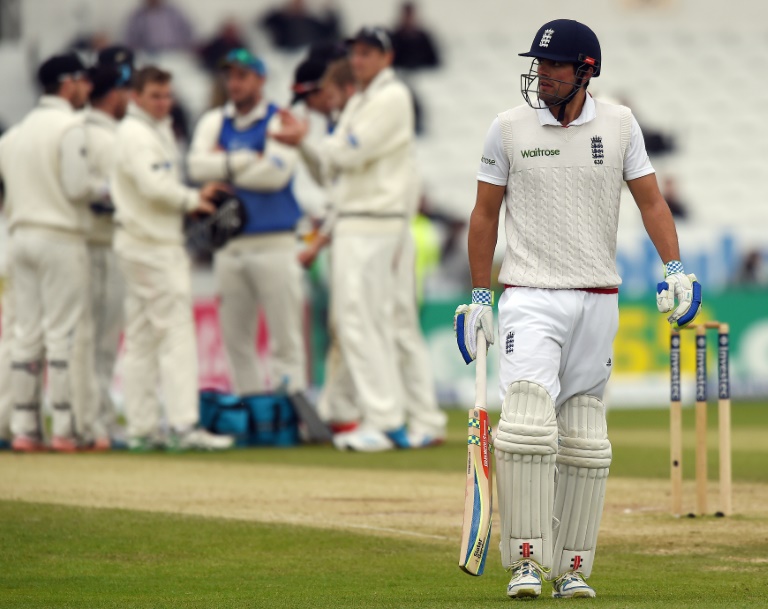 Cook has endured some torrid days since leading England to a 3-0 series win at home to Australia in his first Ashes as captain in 2013.

In the return contest that followed soon afterwards in Australia, England were whitewashed 5-0.

Andy Flower stepped down as England coach following the team’s return and star batsman Kevin Pietersen was sent into an ongoing international exile.

England then lost a two-Test series at home to Sri Lanka, with opening batsman Cook contemplating resigning as captain after the tourists clinched victory at Headingley.

As if all that were not enough, Cook was stripped of England’s one-day captaincy in December, just months before this year’s World Cup where the team suffered an embarrassing first-round exit in his absence.

Meanwhile the normally reliable Cook, 30, endured a prolonged slump with the bat before scoring his first Test hundred in nearly two years against the West Indies in May.

“It was an incredibly tough time,” Cook said at a sponsor’s event at Lord’s on Friday.

“Losing that Test series against Sri Lanka and that fourth day at Headingley is as tough as it can get, so from where we have been if we did win the Ashes at The Oval (the venue for the fifth and final Test starting August 20) that would be remarkable, and something I would be very proud of — it would be my best achievement.

“We have a good chance of winning. It is going to be a highly competitive series and we will go in as underdogs because they are the best side in the world.

“But in our home conditions and with what has happened over the last five or six weeks, and the support we are getting, we have a really good chance,” Cook said, with England having recently drawn a two-Test series with New Zealand before defeating the Black Caps 3-2 in the ensuing one-dayers and a one-off Twenty20.

England’s 14-man Ashes squad leave for Spain on Saturday for a four-day clinic-cum-bonding session designed so their new Australian coach Trevor Bayliss can get to know the players ahead of the first Test in Cardiff starting on July 8.

“We can’t pretend it’s ideal meeting the coach for the first time a week before the Ashes,” Cook said.

“It’s the first time I’ve had a coach I do not know at all. Obviously, with Peter Moores, Andrew Flower and Ashley Giles, I knew them, so I think it’s really exciting to have a guy totally from the outside and with a totally different set of eyes looking at us.”

England’s squad contains several previous Ashes-winners but Cook said they were as “hungry as ever” in their quest to deny Australia a first Test series win in Britain since 2001.

“I saw Jimmy Anderson last night (Thursday), and as soon as we started talking about cricket he told me what he wanted to do to certain players,” Cook said.

“This is a guy who has taken 400 wickets so that excited me.”