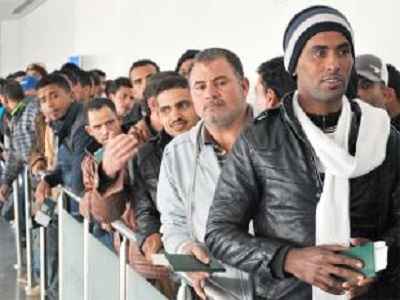 Islamabad: The Indian government has granted citizenship to 158 Pakistani Hindus and long term visa to 3,733 after it set up a Special Task Force for the same in September 2014.

According to the Home Ministry spokesman, 26 camps of the Task Force were organised in 26 districts across the country during which 1,681 applications for citizenship and 1,665 for LTV were approved till May this year.

There are thousands of applications pending before the government for granting visa for a longer term.

Union Home Minister Rajnath Singh had approved the setting up of the Task Force under the Joint Secretary (Foreigners) to monitor and expedite processing of citizenship and LTV applications in September last year.

The Task Force, comprising four Consultants, had held interactive sessions in a number of cities across the country having concentrations of Hindus from neighbouring countries to monitor and expedite grant of citizenship and LTV and addressed public grievances, the spokesman said.

The spokesman said that the ministry had been receiving representations from time to time citing hardships and difficulties in getting LTV and citizenship applicants by minorities from neighbouring countries who are often of poor economic standing.

After reviewing the procedure, Singh had granted certain relaxations and ordered streamlining of the procedure for grant of LTV and citizenship to these minorities and directed the Ministry to expedite the entire process.

The Government has also rolled out an online system for submission of LTV applications by eligible Pakistani nationals and for its processing by various agencies.

The spokesman said the Pakistani nationals eligible for LTV can now submit the applications online and it will enable the applicants to track their applications and help in speedy processing.

The manual system of submission of applications LTV will continue along with the online system for a period of three months but from August one, all applications for LTVs will be received and processed online.

Most Pakistani nationals belonging to the minority community come to India on a tourist visa only to claim refugee status. Seeking to stay back, they usually apply for citizenship or long term visas.