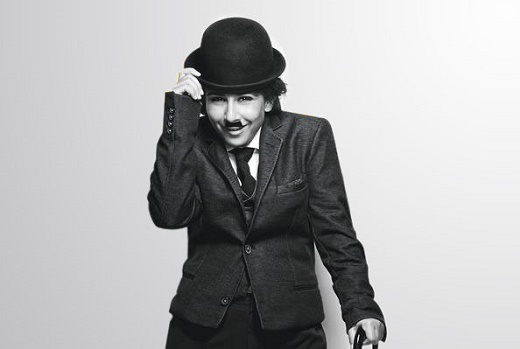 New Delhi:Â Bollywood’s versatile star Vidya Balan, who recently inaugurated an exhibition in honour ofÂ Charlie ChaplinÂ held in India’s showbiz capital Mumbai, said that she would love to play Charlie Chaplin, and that she loved Sridevi’s portrayal of Chaplin in ‘Mr India’.

he 37-year-old actress spoke about the photo shoot she did for ‘Filmfare’ in which she depicted Chaplin, and expressed that she would love to attempt a role on him as well.

While interacting with the media, Vidya asserted that Chaplin has been a huge inspiration in her life and she is a big fan of his.

The event showcased the work of 200 cartoonists from around the world including women and children and the actress stated she loved the way Chaplin had been interpreted in various ways and was very impressed.Â

â€œTwenty eight kids, 28 women artists from India and worldwide, some 200 artists, interpreted Charlie Chaplin in various ways and drew their interpretations. Someone drew Charlie Chaplin through calligraphy, which is exciting,â€ said the actress.

On the films front, Vidya was last seen in â€œHamari Adhuri Kahaniâ€œ, which has minted Rs.35.47 crore net in India since its release on June 12.