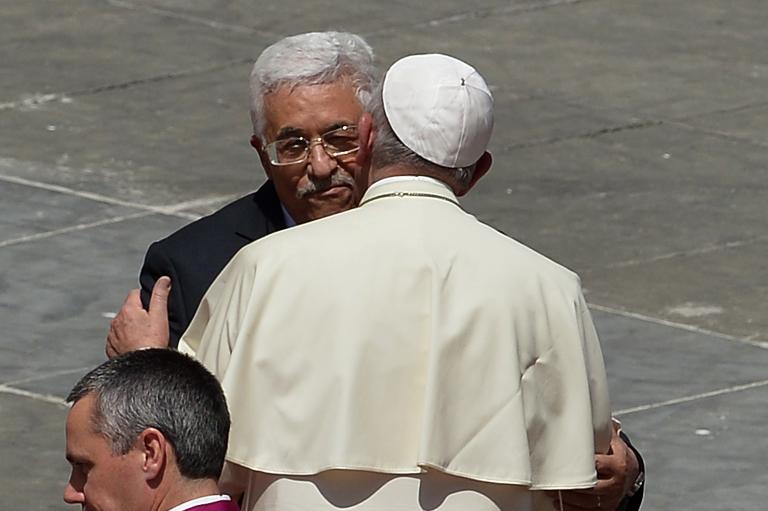 The Vatican on Friday signed a historic first accord with Palestine, two years after officially recognising it as a state.

The accord, a treaty covering the activities of he Church in the parts of the Holy Land under Palestinian control, was the first since the Vatican recognised Palestine as a state in February 2013.

The product of 15 years of discussions, the agreement was finalised in principle last month and bitterly condemned then by Israel as a setback for the peace process.

Palestinian Foreign Minister Riad Al-Maliki, said at Friday’s signing ceremony that it would “not have been possible without the blessing of his Holiness Pope Francis for our efforts to reach it.”

The minister said the “historic” accord enshrined Palestine’s special status as the birthplace of Christianity and the cradle of the monotheistic religions (Christianity, Islam, Judaism).

Paul Gallagher, the British archbishop who is the Vatican’s de facto foreign minister, signed the accord on behalf of the Holy See in the presence of guests including Vera Baboun, the mayor of Bethlehem, the Palestinian town considered to be the birthplace of Jesus Christ.

Gallagher said the accord’s provisions to ensure the rights of Christians should serve as a model for other Arab and Muslim states in their relations with Christian minorities facing increasing persecution in the Middle East.

He said it was “indicative of the progress made by the Palestinian Authority in recent years, and above all of the level of international support (for recognition).”

“In this context, it is my hope that the present agreement may in some way be a stimulus to bringing a definitive end to the long-standing Israeli-Palestinian conflict, which continues to cause suffering for both Parties. I also hope that the much desired two-State solution may become a reality as soon as possible. The peace process can move forward only if it is directly negotiated between the parties, with the support of the international community,” Gallagher said.

“This certainly requires courageous decisions, but it will also offer a major contribution to peace and stability in the region.”

The Vatican’s recognition of the state of Palestine followed a November 2012 vote in favour of recognition by the UN General Assembly.

The Palestinian Authority considers the Vatican one of 136 countries to have recognised Palestine as a state, although the number is disputed and several recognitions by what are now European Union member states date back to the Soviet era.

The Vatican has had diplomatic relations with Israel since 1993 but has yet to conclude an accord on the Church’s rights in the Jewish state which has been under discussion since 1999.