This time, let the war be only on the field, dear Pakistan | Newsmobile
Wednesday, August 17, 2022

Home Sports This time, let the war be only on the field, dear Pakistan 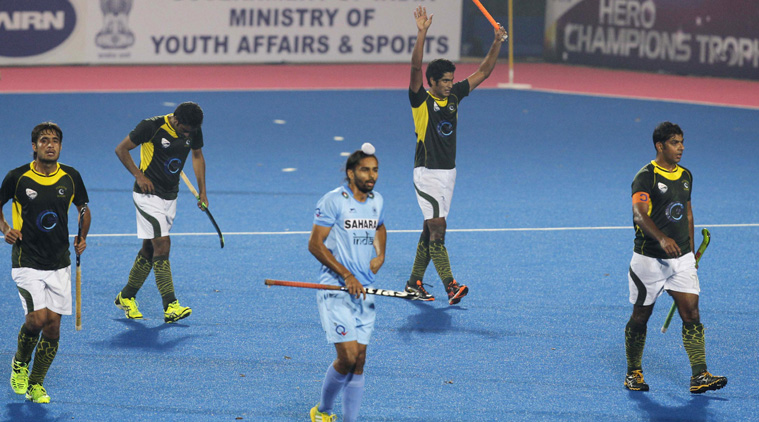 Antwerp (Belgium): After having two unconvincing win over France and Poland, the Indian menâ€™s side will have to quickly pull up their socks, when they take on their arch-rivals Pakistan in a much-awaited Pool A match of Hockey World League Semi-Final on Friday.

Indian hockey fans won’t forget in a hurry the last time their team played Pakistan â€” neither the loss nor its aftermath.

Pakistan players let emotions get the better of them after beating India 4-3 in the Champions Trophy semi-final in December 2014.

The crowd in Kalinga Stadium in Odisha capital Bhubaneswar watched aghast as Pakistani players taunted them with rude gestures including a raised middle finger.

The manner of celebrations by the victorious Pakistani team led to a few suspensions.

However, this time, the victory for both India and Pakistan is of utmost importance as it will make way for a favourable quarter-final draw.

India have won both their first two matches against France (3-2) and Poland (3-0) but Paul van Assâ€™ wards were far from impressive.

Pakistan, on the other hand, managed to beat Poland 2-1 before being routed by Australia.

Australia smashed Pakistan 6-1 on Thursday evening after being 1-1 level at half-time.

Indian captain Sardar Singh said even though their 2016 Olympic Games berth is secured, they want to take this opportunity to produce some positive results ahead of the World League Finals, to be played at home at the end of the year.

Â â€œWe want to win against Pakistan ahead of the game against World champions Australia the next day,â€ said Sardar.

â€œItâ€™s going to be my first experience of an India-Pakistan hockey encounter. But during the 2010 World Cup in Delhi, I saw the excitement it causes,â€ said Van Ass, a former Dutch national coach.

Van Ass said he had only seen the current Pakistan team on television before the ongoing tournament, but insisted India were focused on their own game.

â€œWe need to control the ball well and our penalty corners ought to be better executed,â€ said Van Ass, who has used the tournament to try out new strategies and also some young players.

â€œThe young boys always give lots of energy,â€ he said.

Pakistan have played at every Olympics since their first appearance in 1948, but they failed to feature in the 2014 World Cup, an event that they have won more times than any other country.

The top three teams in this tournament will also advance to the World League Final in India in December.