The N-word in America: a term loaded like no other | Newsmobile
Monday, August 8, 2022

Home World The N-word in America: a term loaded like no other 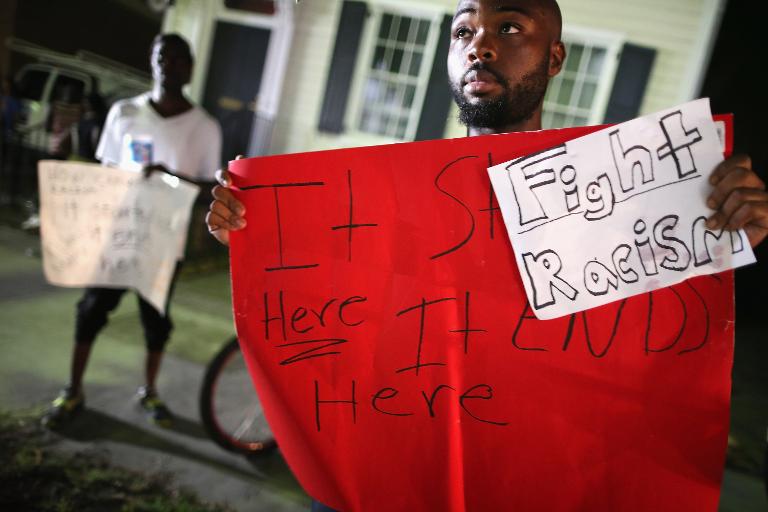 It’s loaded and volatile like no other word in America: a legacy of centuries of violent race relations expressed in just six letters.

Here, unless perhaps you are African American, you don’t write it and you definitely don’t say it.

The media and others tread oh so carefully around it, the so-called N-word — “nigger.”

So when Barack Obama — the country’s first black president — came out this week and pronounced it flat out in a TV interview, jaws dropped, eyebrows rose and a vigorous national debate ensued.

Obama spoke as the nation was still in shock over its latest spasm of allegedly racially-motivated violence — the shooting last week of nine blacks in a historic South Carolina church by a 21-year-old white suspect, Dylann Roof.

Roof apparently believed in white supremacy and racial segregation. He used the N-word in a manifesto found on the Internet.

“It is the most powerful word in the English language,” said Geoff Harkness, a professor of economics, political science and sociology at Morningside College in Iowa.

“It’s deeply intertwined with both race and racism,” he told AFP.

In his remarks, Obama said this of America: “Racism, we are not cured of it. And it’s not just a matter of it not being polite to say nigger in public.”

The newspaper USA Today handled it by saying the president had used the N-word.

Viewers of Fox News and MSNBC who saw the interview heard a ‘bleep’ mask the word.

CNN warned viewers that a word they were about to hear might be offensive.

Shortly thereafter, in the White House press briefing room, there was talk of little else.

But none of the reporters or presidential spokesman Josh Earnest dared utter the word Obama did. They, too, said “N-word.”

“It has always been controversial because it has always been used as a disparaging word that was racially connected between blacks and whites,” said Neal Lester, who teaches English at Arizona State University.

Starting in 1619 with the arrival of the first slaves to America, “it has always had a kind of value attached to it, and that value has always been a negative value,” Lester explained.

For many blacks that were lynched, it was the last word they heard before dying. And to this day, he said, it represents “disparagement, violence, American history.”

Prior to the Civil War, it was “convenient shorthand for the idea that black people were inferior, subhuman and unfit for freedom,” said Jabari Asim, who teaches literature at Emerson College in Boston.

“Since the Civil War, it has been used as convenient shorthand for the idea that black people are unfit for American citizenship and all the rights and privileges it conveys,” said Asim, who wrote a book on the issue.

When he refused to go fight in the Vietnam War in 1966, Muhammad Ali said: “I ain’t got no quarrel with the Viet Cong… No Viet Cong ever called me nigger.”

The African American community in the United States — mainly its oldest and largest advocacy group, the NAACP — has fought for years to get Americans to stop using the word.

In 2007, it even staged a mock burial of it — complete with a coffin and a funeral procession.

That same year, New York symbolically banned the word as it tried to fight its widespread use in hip-hop songs, in movies and out on the street.

In 2011, a publishing company in Alabama removed the word from its editions of Mark Twain’s 1885 classic “The Adventures of Huckleberry Finn” — all 219 times it shows up. It was replaced with ‘slave.’

The company acknowledged Twain was recording the speech of a particular region and period of history.

Still, the word is a racial insult and repulses modern day readers, it added.

Asim — who is black — said some blacks use the word in the opposite sense as a term of endearment, much like the British would use ‘mate.’

“But I reject that notion outright. Too many black people find it objectionable for it ever to work successfully as an expression of affection,” he said.

The word permeates the world of rap and hip-hop music, with a positive connotation and tweak to its pronunciation and spelling: ‘nigga.’

Rapper Jay-Z says in his autobiography “Decoded” that “it’s just a word, a word whose power is owned by the user and his or her intention.”

But it is rarely used by white artists and even then, not well accepted, Harkness said. It all depends on the context.

He recalled that in 2012, Kanye West released a song called “Niggas in Paris.” In June of that year, white actress Gwyneth Paltrow caused a minor stir in Paris, France, when she attended a concert there by West and Jay-Z and tweeted “Ni**as in Paris for real.”

Social media lit up and Paltrow was accused of racism, but the Oscar-winning actress said she was just repeating the name of the song.

“Thus, even in contexts where white use of the word is intended to signify the inverted use of the term, it can be interpreted as symbolizing its original racist meaning,” Harkness said.